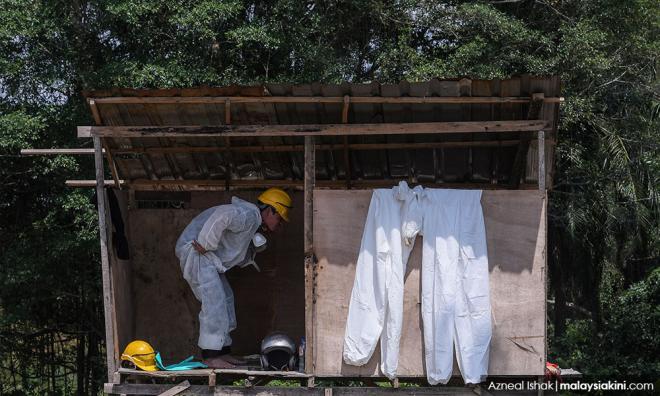 Toxic pollution in Johor - throw the book at 'em

LETTER | Let not anyone play the fool and say that they are shocked with the Pasir Gudang toxic disaster. The rivers and the isolated areas around Pasir Gudang have always been a hotspot for disposing of waste in particular toxic waste. Add to that, the waters around the Pasir Gudang port are also where oil and other residues from ship repairs are released into the sea.

So there is nothing shocking about the toxic contamination at Sungai Kim Kim because as early as 2012, the authorities had knowledge of what was happening. In fact, in 2012 the Malaysian Nature Society, Johor Chapter highlighted the drop in water quality at Sg Kim Kim and that the river was becoming devoid of fish and other marine life.

The authorities had long known of all the illegal dumping and disposal of toxic waste. This also includes other areas like Sungai Masai and Sungai Sembilan. In fact, it is safe to say that in Johor, rivers and riversides are favourite dump sites.

The dumping of rubbish and other waste materials there is cost-effective and cheaper for most factories, in particular, illegal factories. The reason why it is brazenly done is because of the lack of monitoring by all the relevant authorities.

In fact, just after the Pasir Gudang toxic incident, conveniently, there was the exposing of yet another toxic waste site at Parit Sikom, Muar. So, this dumping of toxic waste is happening all over the state.

To digress a little, it is also said that waste material including toxic material from Singapore is cleverly disguised and brought into Johor for disposal.

They all should be summoned and directed to do their jobs. Since none of them know or pretend not to know what is happening in their area, then perhaps the sultan of Johor could directly appoint a “Wakil Sultan” for each area to monitor and report directly to him on the illegal activities in their respective areas.

Johor cannot be a place for the illegal disposal of waste and that also includes toxic waste.