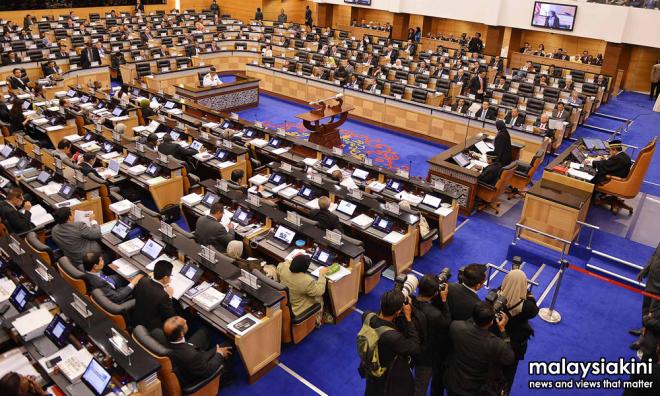 Particularly since the Women’s Day March, debates in Parliament have been tainted by the use of degrading and dehumanising language such as jijik (disgusting) and songsang (deviant); sexual innuendos; comparisons of LGBT people to animals; and calls for the arrest, imprisonment of LGBT persons in Malaysia. These are all forms of extreme, discriminatory and offensive speech that incite hate and violence towards LGBT people.

Furthermore, these discriminatory and anti-LGBT statements were repeatedly made by a handful of people. These repeat offenders include Haji Noor Azmi Ghazali (Harapan- Bagan Serai) and Hajah Siti Zailah Mohd Yusoff (PAS-Rantau Panjang).

It is even more disturbing to note Hajah Siti Zailah’s prejudicial sentiments, given the fact she is on the Parliament Select Committee on Gender and Rights. This committee and its members are guided by the standards set by UN conventions Malaysia has ratified and the Universal Declaration of Human Rights (UDHR). This means upholding human rights principles and the values of equality, non-discrimination, dignity, diversity, respect and choice for all persons.

Articles 36(4) and 36(10)(c) of the Standing Orders of the Dewan Rakyat give guidance to MPs against speaking offensively or promoting feelings of ill-will or hostility between the different communities in our country. And yet, in parliamentary sessions on March 14 and 18, the MPs were allowed to make vile, hysterical, non-evidence based and fear-mongering statements about LGBT people without consequences.

Just as any MP could – and should – invoke these articles to call out offensive speech against groups of people based on their ethnicity, religion or other identities, we call on the speaker and other MPs to call out those who make offensive remarks against LGBT persons.

In addition, over the past few years, we have seen an increase in violence, hate crimes and discrimination against LGBT people by diverse actors in various spaces, including educational institutions, workplaces and homes. We are also seeing an increase of vigilante and anti-LGBT groups employing various methods to punish and "rehabilitate" LGBT people. We are concerned that these statements by public officials will further increase misinformation about and sanction violence and discrimination against LGBT people in Malaysia, with no consequences for the perpetrators.

In ensuring a Malaysia that is harmonious, peaceful and safe for all persons, the speaker of Parliament and MPs have a duty to intervene in discriminatory speeches against LGBT persons as these speeches have adverse impacts on the perception, attitude and treatment of not only LGBT people, but those who also support the human rights of LGBT persons in Malaysia.

Justice for Sisters looks forward to working with the speaker of the Dewan Rakyat and MPs who are committed to the wellbeing of all Malaysians and everyone who calls this country home.

Standing Orders of the Dewan Rakyat:

- 36 (4) It shall be out of order for members of the House to use offensive language or make a sexist remark.

(c) words which are likely to promote feelings of ill-will or hostility between different communities in the Federation or infringe any provision of the Constitution or the Sedition Act 1948.

MPs who have made discriminatory remarks against LGBT people in Parliament:

MP who defected to Harapan urges gov't to reduce LGBT numbers
18 Mar 2019
Harapan was voted in to defend the marginalised, not bully them
16 Mar 2019
Report: Tourism minister does not think M'sia has gays
6 Mar 2019
Suhakam to address five areas of LGBT discrimination
18 Dec 2018