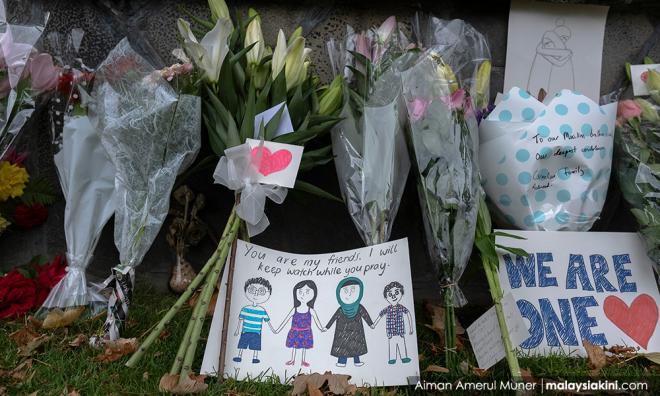 The limits of empathy

LETTER | There have been various reactions to the terrorist attack that happened last week in the now famous city of Christchurch in New Zealand.

While the families of 50 victims are awaiting to bury the bodies in peace, the discussion about the roots and nature of this tragedy is still ongoing.

However, the most important question for a country that is reflecting on the abhorrent murder of a group of people for the sole reason of professing a certain religion, is what lessons can be learned?

It became mainstream to condemn incidents like the mosque shooting perpetrated by the Australian shooter Brenton Tarrant – a dangerous outbreak of violence, and sadly not likely to be the last of its kind.

There was also a lot of attention on Australian far-right politician Fraser Anning, who blamed the Christchurch tragedy on immigrants. By now, over one million people have signed a petition for him to be removed from Parliament.

Commentators started to look into the reasons of how societies in Asia Pacific reached a point where it started to produce monsters like Tarrant, which is the right thing to do because he is definitely not alone, and there probably will be more of such events to come in the near future.

Most likely, another thing about the tragedy is that it will be soon forgotten, overwhelmed by another media tide, and then another, ascending to the shore of daily routine.

Some decision makers, like New Zealand Prime Minister Jacinda Ardern, will have to pursue the matter as promised, at least concerning tighter gun control. This will also still matter for those New Zealanders who lined up in the mosques during the Muslim prayers to protect their fellow citizens from another possible attack.

For the rest of the world, New Zealand’s entry to the club of countries that have experienced a shooting by an ideologically motivated sociopath may soon be seen as merely the latest in a long list.

In a post-truth era of growing cynicism, it is hard to assess the actual level of empathy people experience and towards whom.

We are no longer in 2003, transfixed on the Iraqi campaign on TV, or in 2001, where the images of two planes crashing into the twin towers burned itself into the minds of a whole generation worldwide.

The almost-live broadcasting of atrocities has caused people to devise protective mechanisms against the dose of the universal evil that needs to be processed every day.

At the same time, some natural, primordial premises of judgement still underpin people’s reactions. These reactions, in turn, perpetuate multiple fault lines in the societies that lament atrocities committed elsewhere.

For example, if in this particular case, if it was a Muslim terrorist, then the act would have been attributed to religion, prompting Muslim leaders to come up with yet another defensive statement that this is not what Islam professes.

Instead, the perpetrator was a white supremacist broadcasting his operation live on the Internet; thus, there is no such powerful attribution to anything apart from the broad phenomenon of terrorism itself.

The inability to link the crime or criminal to any religion makes it harder to classify the threat faced by a distinct group of people.

There is temptation to put the New Zealand shooting under the banner of Islamophobia. Indeed, Tarrant gave the Muslim community a pretext to once again point at Islamophobic attitudes that nurture an unhealthy social environment and ultimately, breed such deviates as the Australian shooter.

Yet, this is only a limited perspective on what is actually happening in our changing world. For ages, people operated based on the distinction between 'us' and 'them' - applying tribal, racial, religious identity in order to justify the choices they made.

This is not going to change overnight, even though not everyone who feels uncomfortable about the influx of refugees or labour migrants would take a rifle and attack gatherings of perceived enemies to the existing social order.

Look at the obvious skewness in how the public reacts to pain experienced elsewhere in the world. Compared to the Christchurch shooting’s 50 victims, the Syrian war that started eight years ago took the lives of more than 360,000 people, left millions injured or displaced, and turned homes and infrastructure into ruins.

Moreover, the country has experienced a severe brain drain, as academic and business elites preferred to flee the conflict, making the prospects for rebuilding quite dim.

Although still ongoing, the Syrian and Yemeni wars or the conflict in Kashmir that carry a religious component were all turned into something like chronic diseases that the public learnt to live with.

Thus, incidents like the one in New Zealand are surprising because it was executed by a sociopath, and not a state – even though the death toll is multiple times higher when state actors are involved.

Maybe there is, indeed, a limit to the empathy that a single person can allocate for everything that we now learn about through the global information network.

Furthermore, this ability to show empathy and compassion is narrowed down by racial or religious self-identification. In fact, research confirms that people feel less empathy for those not belonging to their own race ().

That is why for Muslim-majority Malaysia, empathy towards that particular event is easier to express, because the victims are Muslims. However, this empathy does not automatically turn into a reflection about trends within Malaysia itself.

Malaysians must be aware of supremacist tendencies, lest they take root in Malaysia as well.

However, this empathy does not automatically turn into a reflection about Malaysia itself and the ways to prevent such trends which are potentially breeding an escalation similar to the one in Christchurch.

Sharifah Munirah Alatas, in her brilliant piece on the occasion of the shooting in New Zealand, exclaimed that race and religion should never be used as a political tool. However right this might sound, it is not going to become true any time soon.

Social norms are extremely sluggish animals to move. The truth remains that race and religion are important not only for politicians who apply them as tools to defeat one another, but in ways people manage their daily lives.

Certainly, public policies can embolden or, instead, blur the lines of division. However, until the public reaches a general maturity, where the division between 'us' and 'them' is drawn along totally different values than it used to be, race and religion will remain an important manipulative instrument.

It may be overly optimistic to believe that the lesson will be learnt this time. Or even next time. Hopefully, it will not take a tragedy closer to home before the maturity to build a truly unifying morality is achieved.

JULIA ROKNIFARD is the director of foreign policy at Emir Research, a think tank focused on data-driven policy research, centered around principles of engagement, moderation, innovation and rigour.