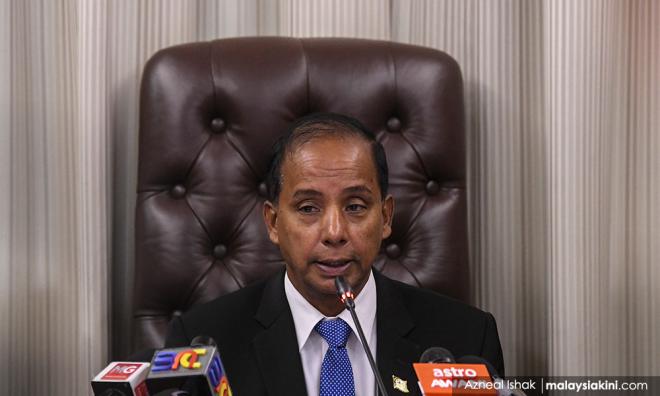 HR ministry needs to step up enforcement by privatising it

LETTER | I am a retired official with the Human Resources Ministry. It is horrifying to read news of industrial accidents that take place, some of which involve fatalities.

The recent Sungai Kim Kim pollution debacle is not just a blatant disregard for environmental laws, but also points to poor enforcement of workplace safety.

When I was in service, one of the proposal to beef up enforcement involving the Human Resources Ministry, was to merge and privatise it. But this proposal was shot down many times by those who have vested interests, including key officials in the ministry.

Right now, different agencies under the ministry have their own enforcement unit.

For example, the Labour Department acts against employers who do not pay salaries on time. The Department of Occupational Safety and Health (Dosh) goes after companies who fail to meet minimum health and safety standards at the workplace. The list goes on and on.

This present arrangement has resulted in an environment where agencies work in silo.

For example, a Dosh official on his rounds in factories will not act against employers hiring illegals even if he stumbles upon them. His jurisdiction is confined only to workplace health and safety - not workers without permits. And by the time he informs the relevant authorities about this, the illegal worker would have gone into hiding.

This creates inefficiency and is more costly. Under the proposed unified enforcement unit, one personnel can take over the jobs of multiple staff from different agencies.

The current arrangement also creates room for enforcement officials to build "relationships" with parties which he or she is supposed to oversee. As we know, "familiarity breeds contempt"... if not outright corruption.

This is why a unified and privatised enforcement team can help plug the existing loopholes in the system.

For a fee to government coffers, companies can bid for licences to carry out such enforcement. Since private corporations are profit-driven, they would be incentivised to ensure not just tight enforcement, but optimum use of manpower.

Companies found to have slacked or engaged in dubious activities can have their licenses revoked.

Not a new practice

Privatisation of enforcement is not something new. In Malaysia, vehicle inspection, previously undertaken by the Road Transport Department, is now done by Puspakom, a private company.

But unlike Puspakom, enforcement of Human Resources laws should not be monopolised by one company but should be opened up, to enable competition which will bring about efficiency.

Singapore, a country known for top-notch efficiency, has also privatized some of its enforcement.

Additionally, privatising enforcement is also in line with the government's aspirations to trim the civil service. As we can see, there's plenty of potential the government and the public can derive from having a merged and privatised enforcement.

In the spirit of New Malaysia, I appeal to the Human Resources Minister M Kulasegaran to seriously consider this long overdue proposal