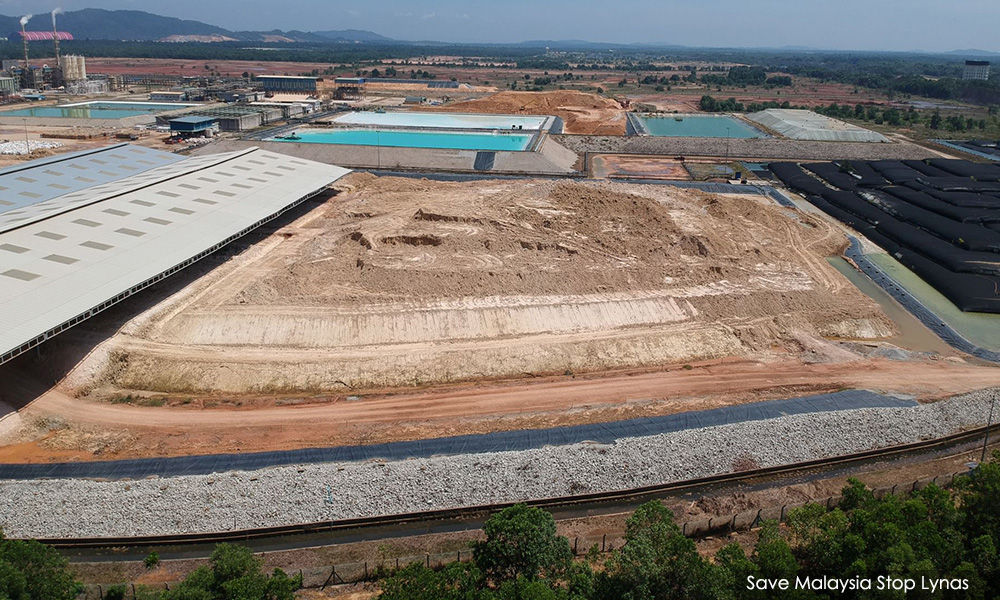 Lynas is being unscientific, not SAM or CAP

LETTER | Sahabat Alam Malaysia (SAM) and the Consumers Association of Penang (CAP) refer to the letter by Lynas Malaysia reported in Malaysiakini on 5 April 2019, which says that our recent statements about the plant’s wastes are “false and ignore scientific fact.”

The controversy is over the definition of wastes from the Lynas’ water leach purification (WLP) process, which contains thorium and uranium.

Citing “two eminent scientists”, Lynas states as fact that “the small amount of thorium and uranium in the WLP generated are not man-made but naturally occurring radionuclides found in soil, water and in food.”

Lynas is clearly distorting the facts.

First of all, the thorium and uranium containing wastes generated by Lynas are not found to naturally occur in the Gebeng area, where the plant is located. On the contrary, the raw material which is processed by the Lynas plant is lanthanide concentrate that contains the thorium, uranium and the rare-earth.

This raw material is processed and imported from the Mount Weld mine in Australia and is brought to Malaysia. It is then subject to further processing in Gebeng by Lynas.

Therefore, how can it be said that say that the thorium and uranium are naturally occurring in the soil, water and in food when they were not there before in the Gebeng area, if not for the Lynas operations?

Moreover, what is even more significant is that we are talking about the generation of an accumulated amount of more than 450,000 metric tonnes of radioactive wastes from the Lynas operations thus far. To call this naturally-occurring radioactive material is indeed unscientific.

Secondly, the wastes that Lynas has generated from the WLP process clearly falls within the definition of TENORM, as defined by the US Environmental Protection Agency (USEPA) as: "Naturally occurring radioactive materials that have been concentrated or exposed to the accessible environment as a result of human activities such as manufacturing, mineral extraction, or water processing.”

The USEPA also states that "technologically enhanced" means that the radiological, physical, and chemical properties of the radioactive material have been concentrated or further altered by having been processed, or beneficiated, or disturbed in a way that increases the potential for human and/or environmental exposures.”

Indeed, Lynas seems to have forgotten that its own Radiological Impact Assessment of 2010 refers to the residues from its operations as TENORM.

Moreover, in a study co-authored by, Dr. Sukiman Sarmani (the “eminent scientist” that Lynas refers to in its letter) and three others (published in 2014 on the Lynas plant residue), shows that the WLP residue has a high radioactivity of Thorium 232 compared to the natural background levels of Malaysian soils and therefore comes under the purview of the regulatory authorities.

These facts fortify our position.

Lynas in its letter also refers to us as “unqualified people.”

For the record, SAM and CAP have very deep and detailed knowledge of how rare-earth plants can impact public health and the environment, having had years of considerable experience from being involved in the Asian Rare Earth (ARE) case in Bukit Merah, Ipoh.

We assisted the people of Bukit Merah over many years countering the claims of ARE, the Atomic Energy Licensing Board, the International Atomic Energy Agency and others.

This we did by being engaged and involved with many scientists and public health experts both from Malaysia and abroad, who helped the community battle in the courts, that finally led to its closure. We have over the years documented the serious health impacts suffered by the Bukit Merah community, that continue till today, due to the impacts of low-level radiation.

Surely our rich experience and knowledge cannot simply be dismissed by the likes of Lynas.

lynas
rare earth
water leach purification
Related Reports
No need for committee to visit Lynas plant
a year ago
Dr M confirms Lynas allowed to continue operations, but with conditions
a year ago
Entrepreneur minister's statement on Lynas is unacceptable
a year ago
Lynas operations: Expert scientists confirm the facts
a year ago