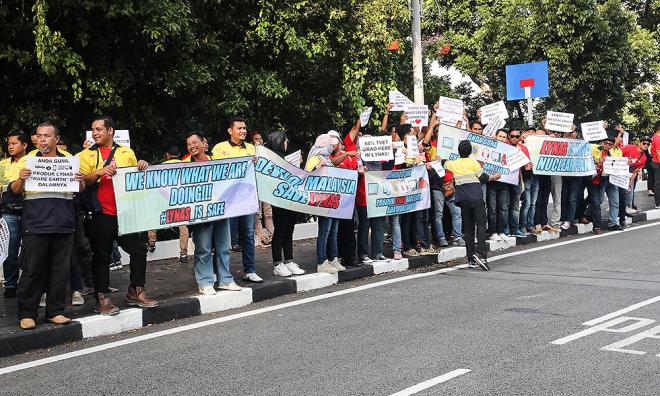 LETTER | Lynas Malaysia is a lawful company and we believe all assessments of our operations should be based on scientific facts and evidence. Four separate scientific reviews have found our operations to be low-risk and compliant with regulations, including the recent Pakatan Harapan government’s Scientific Review Committee.

We are disappointed that despite the findings of these scientific reviews, unsupported assertions continue to be made by unqualified anti-Lynas groups.

We note that at the public demonstration near the Malaysian Parliament yesterday, Lynas Malaysia’s staff and supporters outnumbered those opposed to Lynas by more than 3 to 1.

According to an independent report by PE Research, Lynas Malaysia is a significant employer in the Kuantan and Indera Mahkota areas, employing 2.7% of Kuantan’s employed workforce with 91% of the jobs being highly skilled, skilled or semi-skilled roles.

The same report found that Lynas contributed RM969 million to the Malaysian GDP in 2018 and spending over RM500 million in Malaysia each year with suppliers and employees.

Lynas is the only significant rare earths miner and producer outside China and through this, Malaysia has become a rare earth centre of excellence.

Young Malaysians represent 70 percent of Lynas Malaysia’s workforce and they are well-educated, highly-trained and acquiring new skills every day. These employees are the future leaders of the rare earths industry.

Malaysia has many industries with much higher intrinsic risks and some of these industries operate in close proximity to the Lynas Malaysia plant.

However, there is no political debate about these industries.

We join with leading Malaysian and international scientists in asking, 'Why Lynas?'

The science says Lynas is safe – why do a small number of anti-Lynas operatives continue to use our company as a political football?