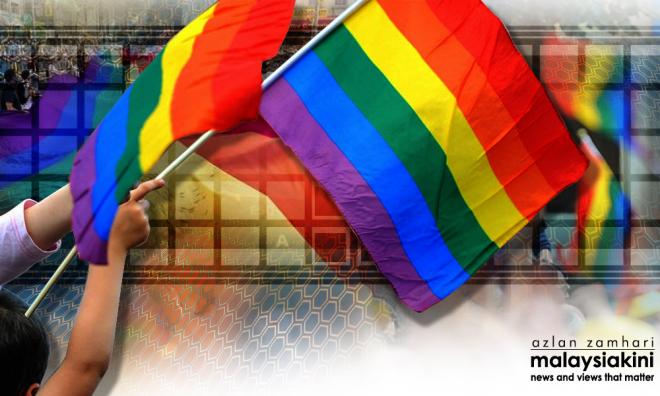 LETTER | We refer to the Malaysiakini report Cops summon LGBT activist for questioning over UN speech.

In March 2019, Malaysian human rights defender Numan Afifi made an intervention at the UPR (Universal Periodic Review) Adoption Reports at the Human Rights Council, Geneva. Amidst scrutiny over interventions by civil society organisations, the Malaysian Alliance of Civil Society Organisations in the Universal Periodic Review Process (Macsa) and the International Women's Alliance for Family Institution and Quality Education (Wafiq) claimed that Numan’s statement was misleading because he used the phrase "state-sponsored violence" to describe state-sponsored anti-LGBT programmes. We are here to clarify the phrase "state-sponsored violence" and offer evidence in support of his intervention.

State-sponsored discrimination and violence refer to any form of mistreatment, violations and aggressions resulting from the state’s action. The state’s actions could include the enactment of discriminatory laws, policies or directives; allocation of funds for discriminatory activities; and actions or speeches that are hateful, degrading, exclusionary, or incite violence against a group. Violence also refers to the collective harm - psychological, emotional and physical - that the LGBT population in Malaysia have experienced and are experiencing due to the state’s actions.

In Malaysia, LGBT people are criminalised through many federal and state laws. There are also multiple government-initiated anti-LGBT programmes, overseen by the Prime Minister’s Department and Jakim since 2011, most of which focus on rehabilitation and conversion of LGBT persons.

On July 23, 2018, Mujahid Yusof Rawa, the Minister at the Prime Minister Department for Islamic affairs, listed the government-sponsored LGBT programmes in Parliament:

These state-sponsored activities are harmful by design as they employ rehabilitation and conversion practices which aim to curb and suppress the actual or perceived sexual orientation, gender identity and gender expression of LGBT persons. They also encourage others to intervene in the private and public lives of LGBT persons.

Scientific evidence and studies show that rehabilitation and conversion of LGBT persons result in prolonged psychological harm not only in LGBT persons but also their family members and loved ones. These harmful practices have been widely rejected by global scientific bodies, medical institutions, and human rights groups. As a result, more countries are increasingly prohibiting conversion practices.

Based on our documentation and anecdotal evidence, LGBT people participate in these government programmes for a variety of reasons. Transwomen, in particular, participate in these programmes to seek financial assistance to start small businesses, to avoid being arrested, to network and to advance their knowledge of Islam. Therefore, the needs of the participants speak to larger and systemic discriminations faced by trans and LGBT persons in accessing employment, freedom of movement, and inclusive and non-judgemental religious spaces. These are the urgent needs of LGBT people that the government should address.

Macsa and Wafiq argue that the right to participate in these programmes is a religious right of LGBT persons. We maintain that conversion practices cannot be viewed as a religious right. By definition, the assertion of one human rights claim cannot be used to extinguish other rights. Imposing conditions that require LGBT persons to subject themselves to be changed in order to be accepted by their families and Malaysian society is a violent form of discrimination that violates their right to dignity, safety, health, movement, among others.

Moreover, these government-sponsored programmes reinforce misinformation regarding LGBT people, such as the myths that "LGBT behaviours" are caused by hormonal imbalances, psychological disorders, excessive sexual desires, or a lack of parental or spiritual guidance; that LGBT persons deliberately defy cultural, religious, and societal norms; that LGBT persons are the sole vectors of HIV; and that LGBT identities can be corrected. These have all been widely refuted and debunked by major institutions.

When the Malaysian government funds, produces and spreads such negative views about LGBT persons, it is not surprising that the public adopts these myths as facts. These government efforts manifest in increased aggression, discrimination and violence against LGBT people in physical spaces and social media, with impunity for the perpetrators. In the last few years, the government’s position has directly resulted in the proliferation of anti-LGBT groups that promote rehabilitation practices, anti-LGBT campaigns online and in educational institutions, and violent crimes against LGBT persons.

When these violent acts are seen as “corrective”, they become normalised and accepted by the public. As government endorses discrimination, the Malaysian public, too, does not see their rejection of LGBT persons as a form of discrimination. Given the climate of fear and rejection in which LGBT people live in, LGBT people are faced with limited options for survival and acceptance. Their "voluntary" participation in rehabilitation programmes must take into account the fact that they live in an environment that punishes them for their identities and that pressures them to change.

These state-sponsored activities deprive LGBT people of their right to live with dignity, as enshrined in Article 5 of the Federal Constitution. The state has an obligation to promote, protect and fulfil the rights of all persons. We call on the government to immediately end the investigation towards Numan Afifi and other human rights defenders in the course of defending the human rights of LGBT persons. We also call on the government to engage LGBT human rights groups and review its current policies, activities and practices in relation to LGBT persons.

The above is endorsed by the following organisations: