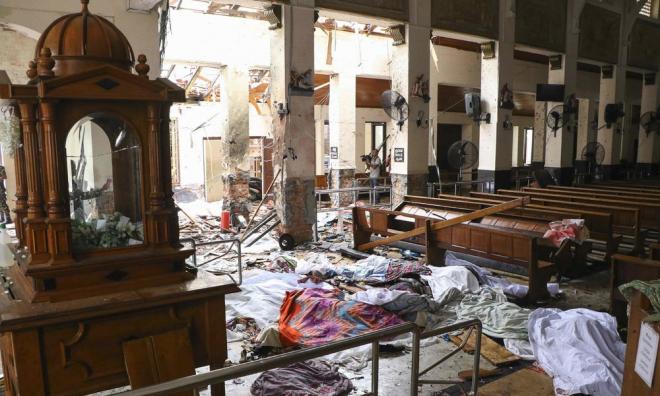 LETTER | Why are certain Muslims destroying so much of what our merciful and kind God has given to us, all of us? Does it really help anyone when more suicide bombers die and their families are left behind? Why is so much energy spent on creating havoc and death instead of a better life?

More Muslims today are dying at the hands of fellow Muslims than by acts of white supremacists, Israelis, Americans or any other perceived enemies. Dying from either almost weekly suicide bombings in Pakistan, intra-Palestinian fighting or sectarian violence in Iraq.

While we mourn together with the loved ones of the victims who got attacked in places of worship, the moderate Muslims should take a stronger, bolder stand against all this madness, in the name of Islam. Moderates need to stand up as zealously for civilians who are harmed by Muslim violence. We need to reflect our internal dysfunction. Religions don’t make choices. Individuals do.

“What is Islam? Do we practice it the right way? What is the right way?” We need to ask ourselves these questions first. That is what ijtihad (independent thought) is advocating, to question our values and practices as rational individuals.

So what went wrong with the way these extremists interpret the Quran? If we intend to think that the education level is the cause of misinterpretation, how do we explain that most of the attackers of Sri Lanka's Easter Sunday bombings were well educated and had come from"middle or upper-middle-class families?

The mullah and Islamic leaders need to get real, need to be honest and need to offer bold and competing re-interpretations of what is actually in the Quran.

The problem is not with Islam as a religion as much as a problem with us the Muslims. If we go back to what happened in all those attacks worldwide, the people who did that believed they were performing an act of jihad. Not an act of terrorism.

All these extremists who lean towards violence operated from religious convictions. Religion is not the cause of extremism but could serve either as an enabler or disabler.

Moderate Muslims cannot deny that there is a problem in the way certain Muslims interpret and understand the Holy Book and its way of life. They cannot condemn violence committed in Islam’s name by reflexively saying that “Islam has nothing to do with it.”

Islam is what Muslims make of it. Just as Christians and Jews have reinterpreted troubling passages in their scriptures for the new centuries, Muslims must do likewise. Moderate Muslims need to bear the responsibility for re-interpretation. It is not a call to rewrite the Quran but more of a call to update interpretations of existing words. Reinterpretation is the baby step towards taking away certain malignant interpretations by terrorists.

Reinterpretation of certain religious narratives to harness the potential for compassion, tolerance and peaceful coexistence within Islam is just one tool in the toolbox of complex, multi-pronged strategies to combat violent extremism.