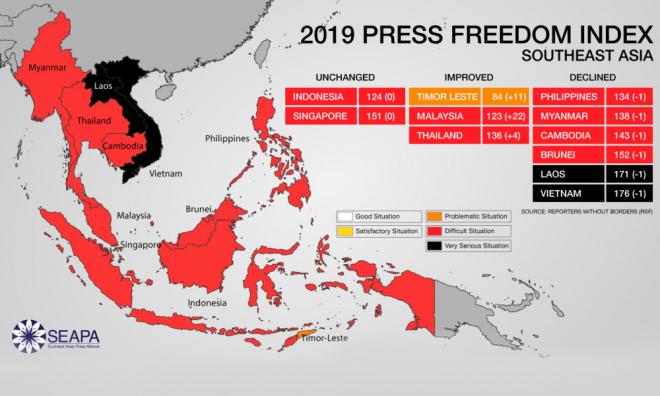 LETTER | In conjunction with World Press Freedom Day, the National Union of Journalists Malaysia (NUJ) urges the newly-elected government to repeal the 1984 Printing, Presses and Publishing Act (PPPA) and other relevant laws and regulations that curb the freedom of the press in our country in the democratic process.

The NUJ wishes to state that during the fourteenth general election which took place on May 9, 2018, journalists continued to uphold the professional conduct of their professionalism, to advocate impartial neutral coverage of the ruling and opposition parties alike in order to meet the public's right to know.

Therefore, NUJ hopes that the new government will seriously look at the various draconian laws that constrict press freedom and threaten journalists and make the desired changes possible.

The media industry wants to see the government abolish the PPPA and other relevant laws so that professional journalism can be adhered to, to perform their duties responsibly and safe from any government interference and to welcome a media council act in its place.

Reporters San Frontieres (Reporters Without Borders) announced in this year that Malaysia's press freedom ranking had risen from 145 in 2018 to 123 in 2019.

The media industry and the public as a whole are seeing this encouraging figures as a positive trend to the growth and development of media in our country as it is undoubtedly a stepping stone to improving human rights issues and press freedom that will create an encouraging trend for a developing country such as Malaysia.

NUJ has always strongly opposed any media manipulation by political parties or government monopolies, especially when ranking in press freedom is closely related to the government of a country that epitomises democratic openness.

The writer is general secretary, NUJ.