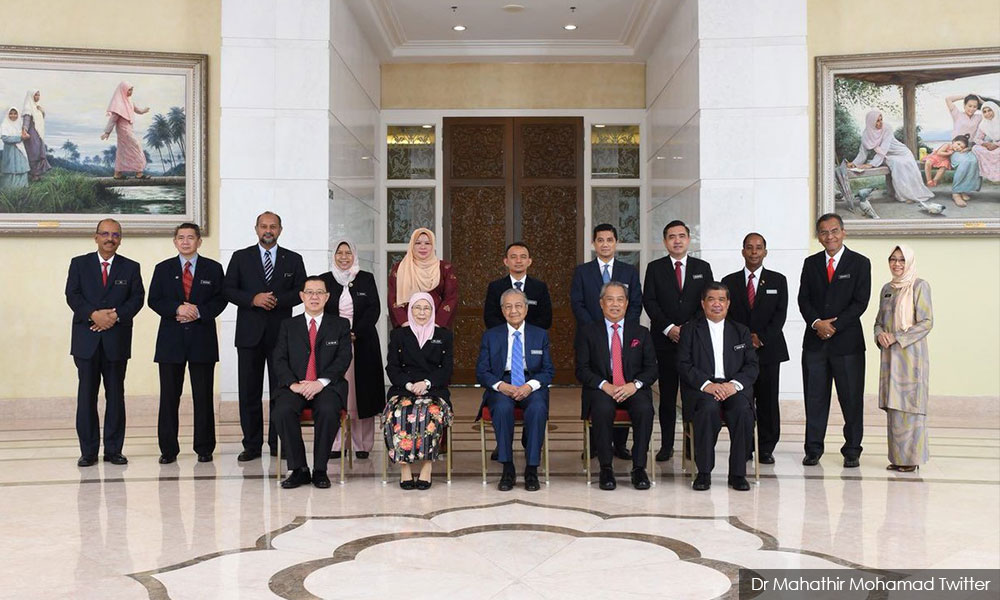 An open letter to Harapan government on its first anniversary

A year ago, Malaysia ushered in a new government with much hope and expectations. The new government was elected by the people, on the back of promises of human rights and institutional reforms.

After the decades of abuse of power by the Barisan Nasional government and the use of repressive laws to silence government critics, I expected the new government to use the best opportunity we have ever had to transform Malaysia into a more democratic country that respects human rights, and that possesses strong, accountable and transparent institutions.

I was heartened to see progressive appointments made to head key institutions such as the Election Commission, Parliament and the Judiciary, and these institutions have started to make reforms in the right direction.

I also welcomed the government’s swift action to repeal the Anti Fake News Act; unfortunately thwarted at the Senate stage. I applauded the cabinet’s decision to abolish the death penalty in all its forms. And I cheered when our Prime Minister Dr Mahathir Mohamad announced in New York that Malaysia would ratify all remaining international human rights treaties.

However, over the last few months, I have observed, with growing dismay, the stagnation of the promised reforms. I wish to highlight in particular:

1. ICERD: The backtracking on the decision to ratify the International Convention on the Elimination of All Forms of Racial Discrimination;

2. Death penalty: The announcement that instead of total abolishment of the death penalty, only the mandatory death penalty would be removed, which has yet to be done;

3. Rome Statute: The embarrassing announcement of our intention to withdraw from the Rome Statute of the International Criminal Court, barely a month after we had acceded to it;

4. NSC Act: The proposed bill regarding the National Security Council Act which amends the Act, rather than repeal it as promised in the Pakatan Harapan Election Manifesto, and worse, introduces amendments that make it even more far-reaching than before; and

5. Child marriage: The alarming mixed messages on child marriage that were expressed by members of the government and the delay in imposing a minimum age of 18 for marriage.

I have also seen the government prevaricate on the abolishment of repressive laws such as the Sedition Act, Prevention of Crime Act and Printing Presses and Publications Act. These were Acts that Pakatan Harapan promised to abolish in its manifesto, along with draconian provisions in the Security Offences (Special Measures) Act, the Communications and Multimedia Act and the Prevention of Terrorism Act.

The government has also not set up the much-needed Independent Police Complaints and Misconduct Commission (IPCMC), despite repeated announcements that it would be carried out.

Instead of reviewing the Official Secrets Act and enacting a Freedom of Information Act as promised, the government even made secret the Council of Eminent Persons Report, and has still yet to disclose the Institutional Reforms Committee Report, which was meant to provide a roadmap for the reforms that are needed in the country.

In the last few years of former prime minister Najib Abdul Razak’s administration, we saw how our institutions were unable to hold him accountable for his actions.

Attorney-general Abdul Gani Patail (photo) was sacked by Najib in 2015 after being part of a task force investigating the 1MDB financial scandal. The next attorney-general, Mohamed Apandi Ali, cleared Najib of any wrongdoing and reportedly refused to authorise requests for mutual legal assistance so that MACC investigations into the 1MDB money trail could continue abroad.

MACC officers who were investigating Najib were questioned by police and transferred and the MACC later confirmed Najib’s assertion that the RM2.6 billion in his bank account was from donations.

The Home Ministry suspended the licence of The Edge for exposing the 1MDB scandal. The Malaysian Communications and Multimedia Commission (MCMC) blocked The Malaysian Insider, which was carrying similar stories.

The Auditor-General’s Report on 1MDB was classified as secret under the Official Secrets Act.

The Election Commission conducted a redelineation process that was unabashedly in favour of the ruling party.

As a result of this, billions of ringgit have allegedly been syphoned from our country’s coffers, to the detriment of all Malaysians.

We must never again be put in this situation where our democratic institutions can be manipulated to prop up a leader who has lost the confidence and trust of the nation. The institutional changes and structural reforms to prevent this must begin now, while there is the opportunity to do so.

Progressive appointments are not sufficient – these can be reversed easily by a new prime minister or government. The institutions themselves must be revamped and made more independent, accountable and transparent.

I believe that this government stood for change and hope when it ran in May 2018 – a change from the corrupt ways of the past and hope for the future by reforming our institutions and ensuring that the abuses of the past can never take place again.

I do not know whether we will ever have this opportunity again to reform our nation’s institutions. We must do so, and dismantle all the tools of authoritarianism and put our country on a solid, democratic footing so that whoever is in power, there will be sufficient checks and balances to keep them accountable.

I know that some of these reforms may not seem popular with certain groups of people, but I believe that the electorate will respect a government that keeps to its word, and conversely, will disrespect one that gives in to bullies. I acknowledge that economic conditions must have a priority, but I would like to remind the government that institutional and human rights reforms must have prime importance as well, as it is our future that is at stake.

I know that Pakatan Harapan is understandably concerned about losing power in the next general election. But wouldn’t it then be safer to put in place the necessary institutional and structural changes now, to safeguard our democracy, in case Harapan does lose power, rather than not to do so?

Despite this year’s disappointments, I still believe and hope that you, Harapan, will be able to put into effect the changes necessary to make Malaysia a truly democratic nation. I hope that you do, too.

DING JO-ANN is a lawyer and was part of the legal support team on the Institutional Reforms Committee.

harapan government
first anniversary
many disappointments
Related Reports
Daim to gov't: Start trusting civil service or you'll be 'dead'
a year ago
Slide in Harapan’s commitment to fundamental freedoms - Report
a year ago
Harapan’s one-year assessment: Good record, but could be much better
a year ago
Wan Azizah mulls quitting politics once Anwar becomes PM
a year ago