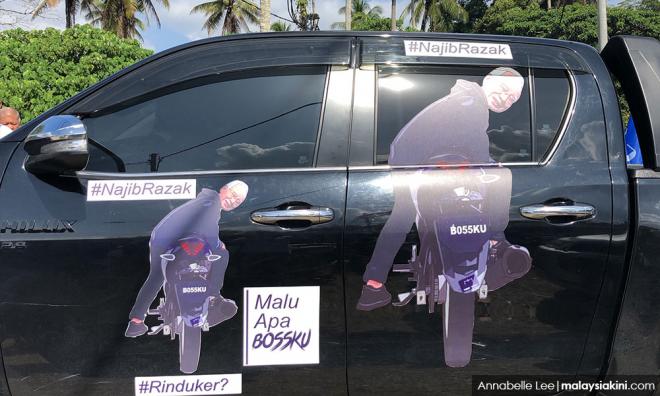 'Bossku' phenomenon- can betrayal earn a badge of honour?

LETTER | In an unexpected sort of way the phenomenon of the "Apa Malu Bossku" wave has assumed vastly undeserved significance and an overrated profile within certain sections of our Malaysian society. The fad, which I hope will be a passing one, seems to be craving for attention.

Its existence has been acknowledged by opinion leaders, the press, media as well as on social media.

To some of its followers, it would seem that there is now an alternate and credible source of legitimate authority, a force that has a rightful standalone capacity in questioning, querying and criticising various actions and initiatives of the Pakatan Harapan administration. On the contrary, while not wanting to be seen as flogging a dead horse, should not the followers of this wave show some concern or remorse for what has transpired? Or are they so enamoured of an accused person?

Translated loosely as  "What is there to be ashamed of, boss" it implies that the former prime minister who is alleged to have committed a long litany of grave acts of embezzlement, larceny and corruption has no reason whatsoever to be ashamed.

What this further implies is that subsequent to the levelling of the forty-two criminal charges against Najib Abdul Razak, he has been venerated, anointed and elevated almost to the status of a folk hero. Najib, on his part, seems to relish this role as a respected cult leadership figure who is admired and has the continued empathy of a section of society.

From one perspective, it may be speculated that this individual in our country’s history has quite successfully had the temerity to reinvent himself as somewhat of a messiah-mobster belonging to a syndicate that champions the cause of the poor, downtrodden and dispossessed. He also wants to present himself as a good campaigner in the cause against the imagined marginalisation of both mainstream Malay and Muslim interests, both potential flashpoints in our country.

The irony is that leaders of both our majority and minority communities are not coming out to categorically state that our society abhors all crimes including those perpetrated by white-collar criminals who subordinate public funds and assets for their private agenda and greed.

To their credit, the rulers of two states have shown their hands in this matter.

In an aborted interview with Aljazeera, Najib offered some implausible explanations for all the cash, outrageously expensive collectables including jewellery, watches, handbags, handmade rugs and other luxury items that were in his family’s possession. He tried to say that he was planning on eventually handing these goods to some state entity.

As a young officer in the Razak administration, I was brought up with the admonition that as a civil servant, proof was not needed to allege corruption - suspicion was bad enough.

With this Bossku wave, Najib has effectively hijacked those very causes of justice, accountability and the wellbeing of the common people, the very basis which gave Harapan incredible traction in garnering support.

It is important that in spite of this Bossku wave, Najib continues to get a fair and full trial, due process in a court of law that all Malaysians can be proud of.

bossku
najib abdul razak
Related Reports
Kit Siang calls Sandakan win a knockout blow to 'Bossku'
11 May 2019
Final showdown - Shafie Apdal vs 'Bossku'
10 May 2019
'Bossku' receives enthusiastic welcome in Sandakan
10 May 2019
Will 'bossku' show up in Sandakan too?
2 May 2019