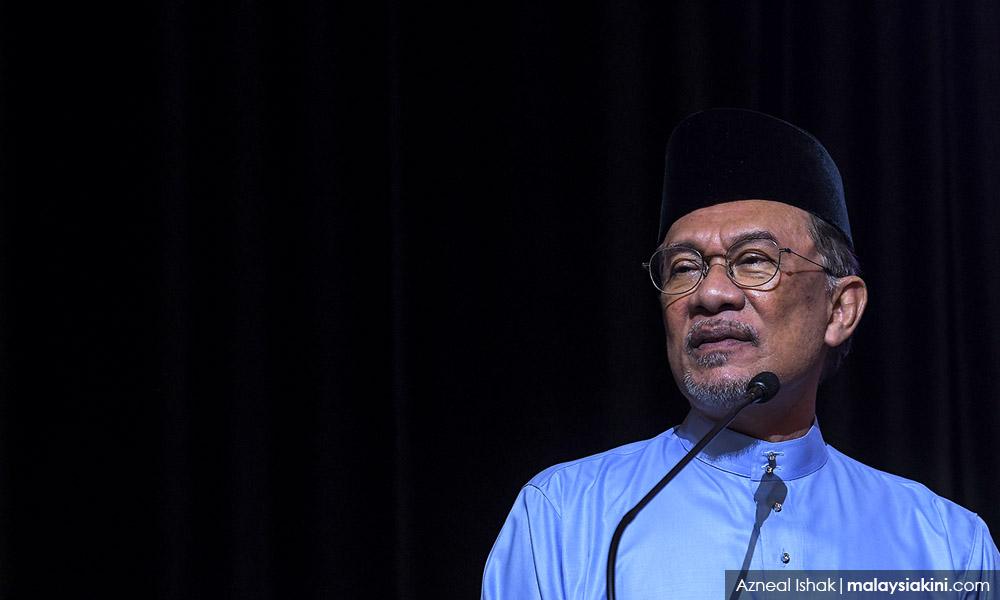 What's with the anti-Anwar obsession?

While we remain amused by the perception the writer tries to create, we should point out a few pertinent facts that allude to preparation for an impending call of duty rather than an "obsession."

About a year ago, Anwar was released from incarceration, after spending a total of more than ten years behind bars.

He spent some time overseas, visiting friends and colleagues, thanking them for their support while he was incarcerated, delivering lectures, meeting world leaders and also undergoing a shoulder injury.

In October 2018, he formally returned to Parliament, in style, with a bigger majority than what his predecessor achieved in GE14. He was also appointed to chair the parliamentary reforms caucus, alongside veteran figures like Lim Kit Siang.

In the next half a year or so, he would spend most of his time to continue speaking to Malaysians from all walks of life.

Occasionally he would move from town to town for ceramah, whenever a by-election was held.

Anwar also kicked off a pet project, Digital Native Agenda 23 (DNA23). Through DNA23, numerous talks have been held nationwide, in a bid to create awareness among youths of the importance of adapting to the digital revolution.

So much has been done without much fanfare, yet a certain segment of society is today questioning his obsession in becoming prime minister.

Last I checked, it is not wrong to aspire to be prime minister. Running for office and then seeking the majority support of the house is in fact a constitutional right.

Perhaps there were also other leaders who attempted to be prime minister on the evening of May 9. They may have failed to seek majority support in the house, but they have all exercised their rights.

Why then is Anwar put on a different pedestal?

Perhaps what is most bizarre today is the fact that certain quarters are trying hard to foil Anwar's constitutional right to attempt to be prime minister. These people are convoluting two separate issues as one, in an attempt to cast negative aspersions on Anwar.

There is a major difference between assuming it is a birthright to be prime minister, and exercising one's constitutional right to try becoming prime minister.

The former, which Anwar's detractors are accusing him of, is based on the premise that one thinks the premiership is given, and it is up for his taking.

The latter, which Anwar is doing, is to offer himself as a prime ministerial candidate by running in an election, and then seeking the support of the house.

To deny him the right to even attempt to get the support of the house is gross injustice. That was what happened roughly 21 years ago, when his fledging career was put to an abrupt halt with trumped-up charges.

He also was denied his right as a citizen, for the most part of two decades when he was forced to sit out of active politics.

Anwar Ibrahim
Related Reports
Dr M can restore economy in two years - Anwar
a year ago
Anwar's obsession with becoming PM
a year ago
Anwar warns of new racist narrative among Malays, Chinese and Indians
a year ago
Anwar reveals transition talks with Dr M ongoing, tightlipped on date
a year ago