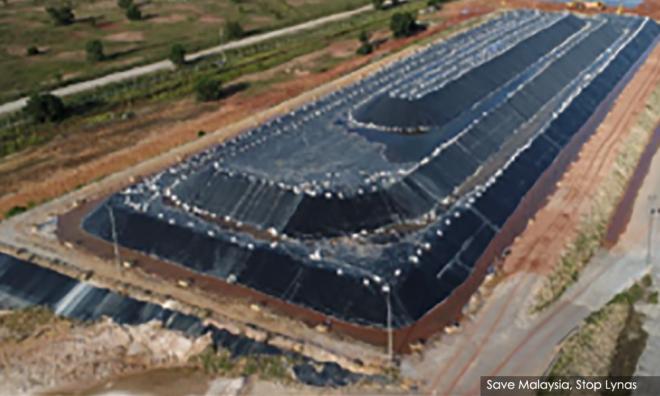 Australian high commissioner should not be Lynas' mouthpiece

LETTER | The Australian high commissioner to Malaysia Andrew Goledzinowski's use of the media lately to help Lynas Corporation wriggle out of their own commitment to local regulators to remove their radioactive waste from the country is highly unethical and deplorable.

I wish to point out to the high commissioner that removing all waste from Malaysia is a legally binding, a black and white agreement undersigned by Lynas. Lynas would not have been allowed to operate from day one if they had not made this commitment.

However, the regulators and previous corrupt government, for reasons only they themselves know, have allowed Lynas to get away with not complying with this agreement over the past six years.

They have not only failed to comply with this condition, but blatantly violated our country’s laws, international best practices and their own commitments.

Therefore, instead of being the mouthpiece for Lynas and continue to spin the issue on their behalf to mislead the Malaysian public, the high commissioner should do what is expected of an honourable person of his stature – to ask the company to honour the agreement to remove their radioactive wastes out of Malaysia.

I wish to remind the high commissioner that the lives of Malaysians are of equal value to those of Australians. We love our land and children as much as you do yours.

Do not forcefully dump onto our land things that Australia doesn’t want. Only those with coloniser behaviour will fail to understand this basic moral principle.

Our Prime Minister Dr Mahathir Mohamad, in reference to this painful episode in the history of this country had once said :

“Eventually, we agreed to bury this substance (radioactive wastes) in an area which was 1 sq km large. We had to bury it under thick cement to prevent the radiation from affecting people.

"Malaysia lost 1 sq km of land as the area was still not safe, which also led to losses in terms of areas meant for development.

The radiation effects triggered fear among the community, we don't want a repeat of this."

One mistake is enough. Malaysians will not tolerate a repeat. We will not sacrifice another square inch of our precious land forever to build a second radioactive waste tomb to bury Lynas’ wastes.

Mahathir and the energy, science, technology, environment and climate change minister have both clearly said that Lynas must remove all their radioactive waste from Malaysia by Sept 2. Fail to do so, and Lynas shall be shut down.

But the most important thing that I hope the high commissioner is aware of is this – the rakyat of Malaysia is very clear on this issue, and we will fight until the end to stop Lynas from robbing our children’s future.

WONG TACK is the MP for Bentong.

China's rare earth supplies could be vital bargaining chip in US trade war
23 May 2019
Lynas touts commercialised waste, silent on risks
7 May 2019
Is vested interest at work in Lynas?
6 May 2019
Saifuddin calls for healthy debate on Lynas
20 Apr 2019