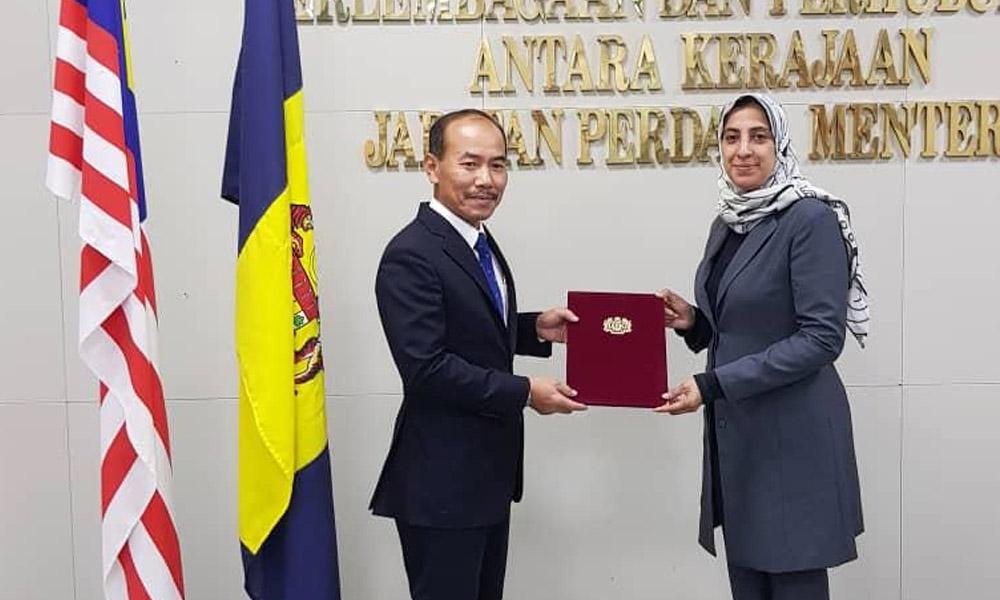 The need to reform the public appointments process

LETTER | The appointment of lawyer and former PKR member Latheefa Koya as the new MACC chief commissioner has garnered some mixed reactions.

While many lauded the appointment given Latheefa’s exemplary activist credentials and outspoken and fearless nature, there have also been questions on whether her appointment should have been reviewed by the parliamentary select committee on major public appointments.

While it is clear that there should be more scrutiny of public appointments, what is less clear is how this review by Parliament would take place.

Syedredzan Johan, lawyer and political secretary to Lim Kit Siang, suggested that the select committee could review Latheefa’s appointment after it was made, to determine her suitability.

Bersih stated that ideally, a nomination committee should make an open call for potential candidates and make a shortlist, and the select committee would then review the shortlist and make a recommendation on whom should be appointed.

What model then, should our parliamentary select committee adopt, that would ensure a workable appointments process which promotes greater transparency and accountability?

Whatever model we adopt, what is indisputable is that reform is needed for the current process.

Pakatan Harapan recognised this in their manifesto, stating that “key national positions…must be approved by a suitable parliamentary committee” to “reduce the ability of the prime minister to intervene in these important appointments.”

At the moment, the prime minister or relevant minister has near-unfettered discretion to decide on appointments to key institutions including the MACC, Election Commission, Judicial Appointments Commission, Malaysian Communications and Multimedia Commission (MCMC) and Securities Commission.

In some instances, the Yang di-Pertuan Agong may need to make the formal appointment, but essentially the executive decides.

In most cases, the executive also has the power to remove appointees without cause.

This is hardly a model of accountability and rather alarming given the power and finances that these institutions command.

Let’s take the MCMC, for instance. It has the power to license broadcasters and internet service providers (ISPs), can issue instructions for ISPs to block online content, and controls the Universal Service Provision fund, which collects about RM1 billion annually from the telecommunications industry for the development of the nation’s internet capabilities. And that’s just one institution.

How then, should we proceed? The first step, in my view, is for major public appointments to be made based on open competition.

This would mean that any vacancy must be advertised with a clear set of qualification and criteria, and anyone should be able to apply.

This would ensure a wide range of candidates and not just those recommended to ministers from within their close circle of associates.

Ministers should appoint selection committees, which should consist of both ministry officials as well as independent outsiders with relevant expertise.

The selection committees would review the potential candidates and make a shortlist.

This shortlist could be made public and there could be a period of time for the committee to receive public feedback about the shortlisted candidates.

The selection committee would then conduct interviews and select a preferred candidate.

This process was adopted by the Foreign Ministry for the appointment of the Malaysian representative to the Asean Intergovernmental Commission for Human Rights and is easily replicable in other ministries.

Once a candidate has been identified, this candidate can then be reviewed by the parliamentary select committee on major public appointments.

In the United States, the Senate has to consent to all key appointments, and candidates selected by the executive would undergo a Senate confirmation process before they can be appointed.

In the United Kingdom, the pre-nomination process involves the selected candidate being reviewed by the relevant parliamentary committee which produces a report on the suitability of the candidate.

The parliamentary committee has no power to consent to the appointment, however, its report is a public document and the relevant minister is required to provide reasons if he or she departs from the committee’s view.

Given that our parliamentary committees are not even a year old, and still largely untested, it would probably be best for us to adopt the United Kingdom model, for a start.

A public appointments process with open competition would build greater confidence in the independence of our institutions and at least provide those with objections with an opportunity to be heard.

It is, of course, hoped that parliamentary review of appointments would not descend to political bickering and posturing, but involve serious consideration of candidates’ suitability and expertise.

Is new Malaysia ready for an open and transparent appointments process?

Is Parliament ready to do serious work in a bipartisan setting to review potential candidates?

And will the Harapan-led executive willingly cede control over whom they can appoint to key positions, after having waited and fought so long to gain power?

Whatever the answer is, we must start somewhere.

A simple place to begin would be instituting open competition for all public appointments and appointing ministerial selection committees to shortlist candidates and conduct interviews.

As stated above, it’s already been done, and can easily be replicated.

This process must also be formalised by introducing legislation to govern key public appointments so that Ministers would no longer have unfettered power to appoint and remove appointees.

Constitutional amendments may be needed for several appointments but there are many more, including appointments to the MACC, that are governed by statute and that can be changed with a simple majority in Parliament.

The Harapan manifesto stated that more people were “questioning the integrity of our institutions, especially after several dubious appointments into high-ranking posts.”

While worthy appointments have been made by the new government, the appointments system must nonetheless be made more accountable and transparent.

Otherwise, the Pakatan Harapan government risks the same sentence being written about themselves four years from now, when they face the next general election.

DING JO-ANN is a qualified lawyer and was part of the legal support team on the Institutional Reforms Committee.

latheefa koya
macc
appointments committee
Related Reports
Mahathir acted within the law to appoint Latheefa, says Liew
a year ago
Prove impartiality by probing Guan Eng - Gerakan to Latheefa
a year ago
'No justification for appointments to bypass parliamentary panel'
a year ago
Absolute power bad for democracy, Bersih says of Latheefa's appointment
a year ago