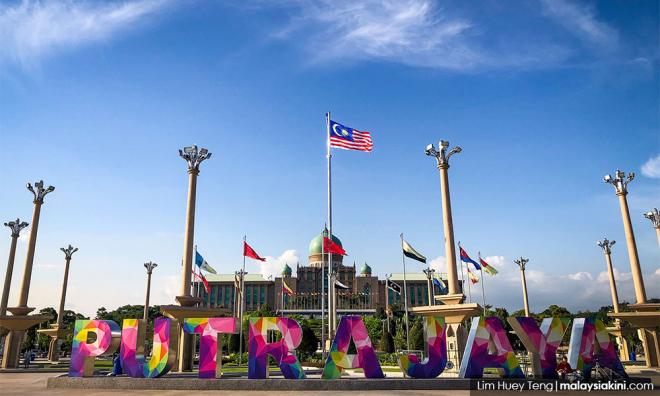 LETTER | Agora Society is ready to show goodwill to whoever is appointed to helm a key public institution, especially when the person is determined to reform Malaysia, and has a proven track record of performing his/her duty professionally, impartially and without fear or favour. Latheefa Koya, who is appointed as the new MACC chief, generally fits the bill.

However, the process of her appointment, though it might be lawful as it is the prerogative of Prime Minister Dr Mahathir Mohamad, lacks transparency and accountability. Mahathir himself has even conceded that the decision of appointing our new MACC chief is his alone.

Lest the government forgets, it was widely viewed as having taken Putrajaya on the slew of institutional reforms which it vehemently promised. Promise No. 14 of the manifesto stated that the "appointment of these commissioners must be validated democratically by Parliament". Promise No. 6 also spelt out that"key national positions such as appointments to the Human Rights Commission, Election Commission of Malaysia, the Malaysian Anti-Corruption Commission, and Judicial Appointments Commission must be approved by a suitable parliamentary committee. This ill reduce the ability of the prime mnister to intervene in these important appointments".

We understand that the Parliamentary Special Select Committee on Public Appointments is set up mainly for such purpose, and it was rather unfortunate that PSC was not even notified, never mind consulted. As it stands, the appointment of key officials is still very much the same and we are worried about how much power is still in the hands of the prime minister without any check and balance.

The new government should also be reminded that the previous government met its demise partly because of the absolute power wielded by the previous prime minister, which had led to a series of abuses of power.

Furthermore, it is undeniable that the prime minister has appointed an MACC chief who is tainted by political partisanship. Would the new MACC chief be courageous enough to investigate any of the Pakatan Harapan politicians - or even Mahathir himself – she is ostensibly associated with?

Would Latheefa also show any political bias if she shows leniency towards any politicians she favours?

Then again, investigating politicians that Latheefa has previously shown some misgivings might give the public the impression of political revenge.

To sum up, whoever is seen as a political appointee in a key institution will lack public legitimacy.

The role of a Parliamentary Special Select Committee on Public Appointments is to ensure that any candidate for a key public institution should be vetted by the committee itself. This is to ensure there is a check on executive appointments by the legislative.

If the new government has no intention of allowing the committee to fulfil its task, we Malaysians should rightly question why the committee was created in the first place.

Also, if the government is committed about implementing reforms, it needs to show its political will by going through the legislative process of selecting and scrutinising the candidates to ensure it is more transparent and accountable.

For example, the opinions of the committee and subsequently Parliament should be taken into account so that such appointments could command the confidence of the executive, Parliament and the public.

However, what the latest episode has shown was that the selection process was a unilateral decision made by the prime minister himself.

As the saying goes, actions always speak louder than words. While we are heartened by the fact that the new MACC chief has proven to be a fighter against political corruption and a tireless human rights activist, we should withhold our judgement until she has indeed performed well in her new role.

If we could take one lesson from the previous general election, it is that Malaysians should no longer believe in the rule of man; instead, democratic institutions should be reformed, enhanced and protected to ensure no politicians could hold political power beyond his/her mandate.

‘Benevolent ruler’ politics is a thing of the past and as long as power corrupts, institutions must always be in place to check the power of the executive.

Thus, it is imperative to urge Pakatan Harapan to be serious in honouring the promises in its manifesto, especially those concerning institutional reforms, to ensure proper check and balance among the three branches of government.

Appointing a 'good person' through the decision of the prime minister alone might generate a 'feel-good' factor only to a narrow section of the public, especially those who are associated with the appointee.

Yet an MACC chief should be accountable to all Malaysians, but when such an appointment is made (based on the sole decision of the prime minister), it does not generate public confidence and does not conceal the fact that it is flawed. Such a practice recalls the days of the BN where the prime minister’s authority and power was unchallengeable.

Sometimes we get surprises, says Dr M of new MACC chief
5 Jun 2019
PM: Latheefa was my choice, I did not discuss with cabinet
5 Jun 2019
Azmin: Latheefa's appointment based on merit, not political ideologies
5 Jun 2019
Independence of the MACC
5 Jun 2019