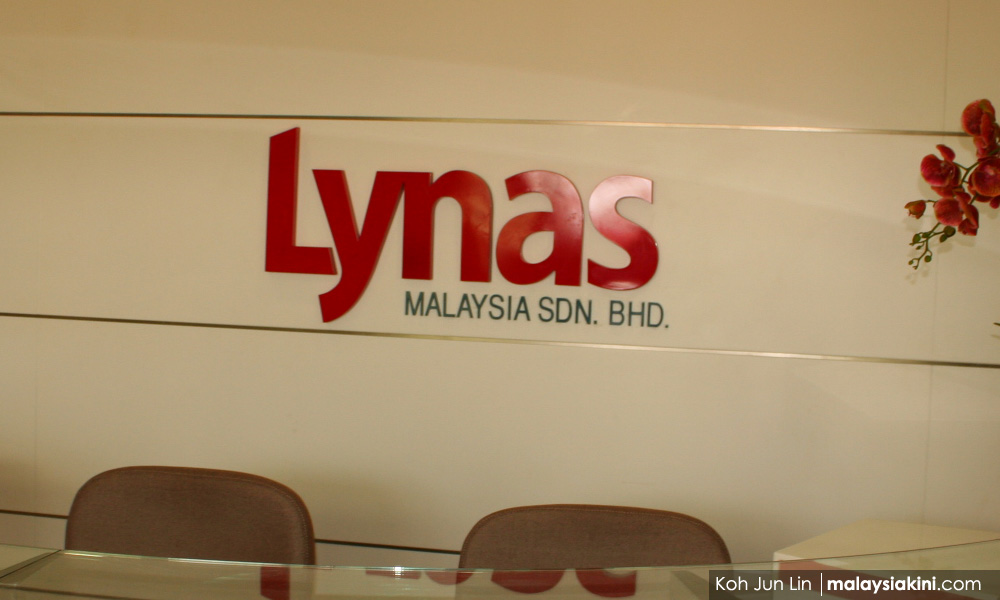 Who says what about Lynas

LETTER | The statements by Dr Mahathir Mohamad in Tokyo on May 30 on the Lynas plant at Kuantan seemed quite clear and direct on his intent. He stated that Lynas would be permitted to continue operation of its plant in Malaysia. He also stated that the water leach purification residue (WLP) would be best spread around rather than concentrated in one place. That certainly implied the best and safest option for use of the WLP is in a blended fertiliser, already demonstrated in three years of crop trials as practical and efficient, under the supervision of Malaysian authorities.

And now minister Yeo Bee Yin is planning to travel to Western Australia to talk about returning the WLP to Australia. She has already been told that what she wants is contrary to all normal international protocols and practice and that Australia will not make an exception, particularly on such a weak excuse as 6 Bq/g NORM (Naturally Occurring Radioactive Material). Australia is routinely and safely managing residues and wastes of higher radiation levels. Her time in Australia would be far better spent visiting some of those operations to gain an understanding of how they safely manage higher level Norm where it exists.

It is timely to remind people of where this level of radioactivity sits with respect to other materials and situations. The lanthanide concentrate shipped from Western Australia and the WLP residue both contains about 6 Bq/g of thorium-232 (that is 6 atoms decaying per second per gram). That is sufficiently low that it does not require placarding as radioactive for transporting the material in Australia or in most countries internationally (Malaysia is an exception to this).

Importantly, it is within the range of the reported radioactivity concentrations of the current phosphates that are imported into Malaysia for use in fertiliser. So, why is Lynas being selectively targeted by these few politicians? That has not been answered satisfactorily since the plant has been found compliant with all Malaysian audits and those by the International Atomic Energy Agency. The recent review committee findings in December 2018 found the plant compliant with all requirements and suggested safekeeping in a Permanent Disposal Facility while further research was conducted into the use of WLP in fertiliser.

It is noteworthy that Yeo will receive about 50 microsieverts of highly penetrating cosmic radiation (as measured inside the plane by the same instruments used by workers in radiation facilities) in flying to Australia and returning to Malaysia. That is way more than any member of the public could conceivably receive from the WLP, be it in a fertiliser blend or in a permanent disposal facility.

And yet again, an anti-Lynas activist is going on about the 14 billion year half-life of thorium-232. They need to be reminded that the potassium-40, of which there are about 4,500 atoms decaying per second in the average 70 kg human body, has a half-life of 1.4 billion years. So, in fact, the thorium-232 is decaying about 10 times more slowly than the radioactive potassium-40 in all our bodies. And potassium-40 emits a reasonably energetic gamma ray on decay.

Another activist has also raised the No Linear Threshold (NLT) theory to try to denigrate Lynas. That theory was an assumption made in the early days of nuclear science to extrapolate from high doses and health consequences down to zero doses. By drawing that line, where no data points existed, they presumed there was a very small risk of health effects at near zero doses. Opponents of anything nuclear love to quote this theory, saying that there is no safe level of radiation. History has shown that not to be the case. Otherwise, there would be measurable data showing higher rates of negative health effects on people exposed to these higher levels of radiation than the general public.

Commercial airline pilots and crew are exposed to significant radiation throughout their careers. Some people live on, or in high radiation background areas, with particularly notable ones existing in Iran, Brazil, India and China. Radiation workers at power reactor or research reactor industries, or in radiopharmaceutical production and use may, or will, be exposed to low levels of radiation, within the limits specified by their relevant authorities. There is no evidence from all these circumstances of measurable higher risk of negative health effects from exposure to these low levels of radiation.

So the question remains, why are these anti-Lynas activists continuing their negative campaign against Lynas when there is absolutely no scientific evidence to justify their rather hysterical claims?