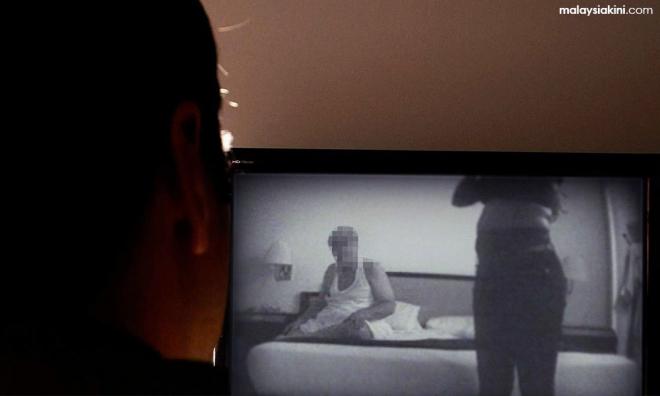 Videos and weirdos: a new credo?

LETTER | Since 1988 Malaysians have been subjected periodically to an unrelenting barrage of videos featuring public figures. In a famous 1980s video, we had a public figure whose hairdo or rather hairpiece also mattered.

Last week when another video surfaced it did create some alarm, despair and disillusionment. The latest video involving a self-confessed man began to raise some public interest issues.

Are we starved for gossip of the most salacious kind? Does our society and do our children have to be subjected to this kind of pathetic, putrid spectacles periodically? Would it not be nice when this kind of videos were not seen or heard of again, at least not in the mainstream press and media?

The whole issue of planning, recording, editing and circulating these videos featuring allegedly prominent public figures calls for much scrutiny. When the subjects featured in these videos are well-recognised public figures, the first question that arises is the authenticity of the video. The reaction of the public figures featured would also be monitored.

One national party leader not only acknowledged his role in a video but courageously, to his enormous credit, took full responsibility for it. If elements of sex, in particular of the perverse kind, are involved, then the video becomes fodder, especially for the featured person’s opponents.

With last week’s video, which was supposedly from a Sandakan hotel, we seem to have moved a long way figuratively from the peninsula. Someone has actually come out to categorically claim to be a part of the video. He did not seem like a victim but a valiant victor from that sordid episode. What was that about?

When I first learned of the character’s claim that he was the one, my first thought was, is this not something bizarre? The character involved was proud or seemed fulfilled to have been part of the video. Was he a normal being so utterly shameless and blasé about his active or passive part in what would have been an illicit but entirely private affair?

Obviously, there are many things about this episode which will never become known.

He had not played the role of King Atahualpa, The Sun King in Peter Schaffer’s Royal Hunt of the Sun. Yet he was proactive in claiming his role.

In this era of ‘Bosku’ where a national leader is being prosecuted for grand larceny and he can rejoice cheerfully in the ‘ Apa Malu, Bosku’ credo, it means we, at least some of us, have imbibed a new amoral culture.

In this culture, as one obnoxious lawmaker put it, one can steal as long as you don’t get caught. The acceptance of such a belief would be disastrous for society as a whole. Plagiarism, acts of perversity, lawlessness, theft and plunder are wrong, whether one is prosecuted for these acts or not.

In another famous video, a leading lawyer had claimed that the principal actor featured sounded like him; he would not, however, go beyond that. The principal actor was boasting about his ability to fix judicial appointments. That video enjoyed a longer time span in the public domain as it became the subject of a Royal Commission of Inquiry. The publicity that that video attracted served the public good as it exposed alleged attempts at state capture by the private sector and possible judicial misconduct.

Upon reflection, it is instructive that Malaysian political leaders from every region and ethnic group have been featured in these videos. With a new government in place and new aspirational standards of accountability since May 2018, it is perhaps appropriate that the age of buccaneering barristers, members of the Bench, businesspersons and bureaucrats is put behind us.

Perhaps after four decades of this lurid matter being in the public domain not only in the press and media but also in Parliament, we could also do with a break from this kind of low-level lewd videos.

M SANTHANABAN is a retired ambassador with more than 45 years of public sector experience.