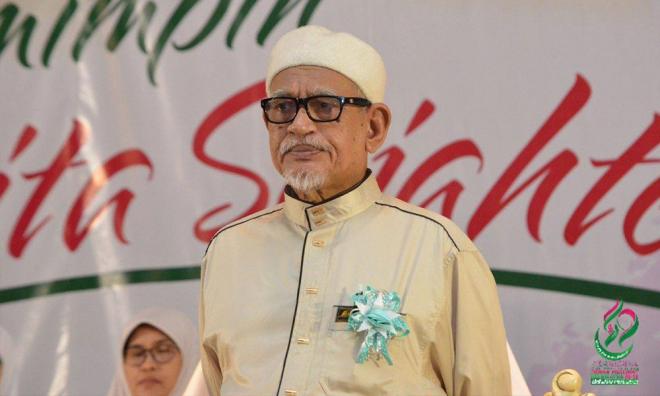 At the crossroads after being abandoned by PAS

LETTER | Half way through, or perhaps already at the doorstep of victory with Pakatan Rakyat, suddenly our leaders made some creepy and smelly turn. Now we are back at the start, contemplating a new umbrella above our heads, or should we just sit back and enjoy life of a pensioner whilst the robbers are having a field day as usual at the rich resources of our beloved country .

That was the situation we were in, after the landmark PRU 12, where the Pakatan Rakyat won the votes but lost the election. And eventually, with the demise of our beloved Tok Guru, the new Tok Guru wrapped himself in his new robes and marched askew.

Where do we go from here? Show us the right route, for we are suddenly made routeless by our leaders - PAS party leaders who not only abandoned us, but proudly and unashamedly showing us the exit door. Yes, that was at the onset of PRU 13.

Most of us seem lost in our political destiny. Though we are not very political in comparison to our friends who are full-pledged party members, we are activists in our own right. We were not just supporters who thronged to make up the numbers at PAS ceramahs. We helped to campaign in the last few elections in our very own way.

We are that – whom some conveniently call us or associate us with the term `professionals`, made up of government retirees, and who are more akin to the non-ulamak factions that were ousted en masse by the ‘cai’ voting system in the PAS party elections. We know how the game was being played. For we were once senior government officers serving in various capacities.

Call us whatever, but we are Islamists! The natural political choice for us was none other than PAS. But we are not those simple PAS supporters who mostly would nod and shake their heads at every utterance from our party elders, much too often spliced with quotations from the Holy Quran or Al Hadith. Nonetheless, we are their strong advocates and PAS mouthpiece on many occasions because of our influence in our respective circles.

Of course, the obvious choice is by joining Amanah, so it seems. But our hearts cry with pain. We are not associating ourselves with the proverbial frog, the famous very Malaysian political hypocrites, too often donned by the ruling BN and showered with ringgits. So, we are almost at the cross-roads: remain supporting PAS despite whatever has become of it; join Amanah and move along with it while it charts its new route; or just be what you are—retirees who wait for that final call. A Hobson’s choice indeed.

Joining Amanah at the first glance seems an easy-peasy move. But for us it’s not a question of what do you gain or lose. Win or lose has never been our game when we were strong PAS supporters.

We have to keep reminding ourselves that we are mere creations of Allah. We are Muslims first on all account. For us the attraction of earthly gains is almost nil, not any more, for we have crossed over the summit. To serve Allah, as per what we recite in our daily prayers, is paramount. To serve Allah in its most basic count is to do the right things. Doing things right is to fight for the right course. Hence, we have to follow the strict Godly command of choosing the right platform. And thus what choice is left.

Our reasons for supporting PAS then has always been because of what it stood for. Do good deeds and forbid what’s wrong (amar makruf nahi mungkar). When PAS went astray, first by not wanting to co-operate to topple the evil doers and second, by collaborating with the enemy we once were aggressively fighting , we concluded, stormed out and stamped our departure.

And here we are marveling at our small victory. Our departure from the archaic rhetorical hypocrites bears some fruits.

We are mere party supporters. We vie no party post, nor clamor for any form of recognition. Some of us are now writers, small time philanthropists, NGO welfare volunteers or just grannies who have some influence over some voters or would be voters. We are but pensioners and retirees supporting the leaders of exiled faction for their brave detours whilst carrying a heavy load on their shoulders. We chose Amanah as our final calling.

We make doas in our prayers for our leaders so that Allah may retain their steadfastness in fighting for the right course.