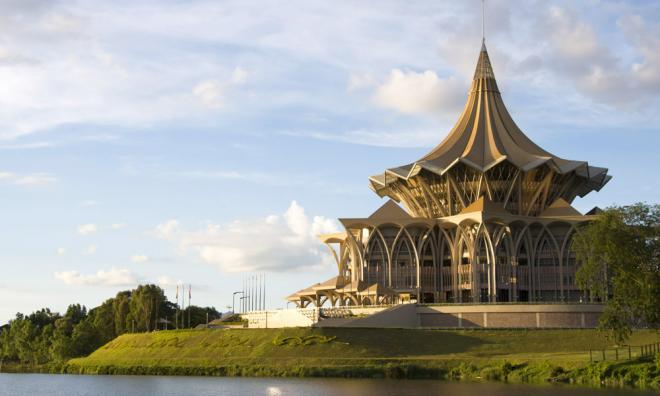 LETTER | The federal finance minister’s recent remarks that Sarawak would be “bankrupt” in three years was just unnecessary, thoughtless and insensitive politicking. The minister knows very well that it is the federal government that has been driving the Sarawak economy into likely bankruptcy with the colonialist plunder of its resources and neglect of its development for over 50 years.

All he succeeded was to rub salt into the wound for Sarawakians who are most upset over the federal siphoning of Sarawak oil and gas resources to develop Malayan states for the last four decades.

All the federal omissions and neglect of Sarawak development had breached the terms of the Malaysia Agreement 1963 (MA63) as expressed in 1962 by then prime minister Tunku Abdul Rahman, who stated that one of the principal objectives to form Malaysia was to develop north Borneo and Sarawak.

The change of government did not change the political culture of using tactics of "turning on and off" the development funds to control the state governments. Sarawak still has to beg for what has been taken from it. The minister was only echoing the lackadaisical federal approach to fulfilling its MA63 responsibilities which were a principal objective employed to induce Sarawak to give up independence for no discernible benefits in the federation.

The importance of this objective was confirmed by the loan agreement in MA63 Appendix J whereby Singapore agreed to lend the reconstituted Federation $150 million to “finance” the development of the Borneo states. This also underlined the fact that Malaya in 1963 had no financial means to develop the two states and it was misleading to claim that the federation was the only means to advance their development. (Malaya also borrowed $100 million in 1959 to finance its own administration).

The loan was cancelled on Singapore’s exit from Malaysia in 1965 leaving the federal government cash strapped for the proposed development. The federal seizure of Sarawak’s (and Sabah) vast petroleum resources was to benefit Malayan states leaving the Borneo state at the bottom of the “development rung”. This proves that it was deliberate neglect of Sarawak’s development by a diversion of funds to develop Malayan states and a fundamental breach of MA63.

The federal seizure of the state petroleum resources under the Petroleum Development Act 1974 (PDA74) was unconstitutional and therefore illegal. Prior to that, Sarawak was doing very well with 10 percent royalty paid by foreign oil companies. The PDA74 and related acts as applied to Sarawak should be repealed to enable return control of the resources to Sarawak and release of much-needed funds to alleviate the shocking poverty and lack of development many Sarawakians have most unjustly faced since 1976.

However, the irony is not lost on most Sarawakians as the approaching official “Sarawak Independence Day” on July 22, 2019, serves to remind them that their quest for self-determination was still far away since the main objective of decolonisation to gain control of one’s destiny is still just a lip service uttered by politicians.

The people can see that if as the GPS government claims, it has achieved financial independence despite the state’s loss of its resources, it would be far more beneficial for Sarawak to regain its 1941 independence so they can fully control and manage their economy and country by themselves instead of continuing to rely on a dysfunctional federation which totally failed to comply with MA63 in good faith.

If the principal justification for forming Malaysia has failed, it means that the Malaysia Agreement 1963 has been broken and this would entitle them to consider other political solutions.

It has further been pointed out that once Sarawak becomes independent, it would leave behind the burden of the “national debt”, any threat of “bankruptcy” and end the burden of financing the development of Malayan states. This would also release Sarawak from the political-social-economic feudal bondage and the burdens wreaking the peninsula and foisted on Sarawak by the federation with Malaya in 1963.

Sarawak would also enjoy the security of becoming a new Asean member with the collective protection from external threats as well as entering into peace pacts as Singapore has done, with neighbouring big powers.

Both Singapore and Brunei have demonstrated that they have greatly benefited from being independent states achieving high incomes status without the need for the federation. Their independence also proved that the federation was irrelevant to their defence. It is not surprising that a Sarawak political party is now to planning to place candidates in all seats in the coming state elections on the platform of seeking Sarawak independence.

It is the GPS government’s moral and political duty to fully explain and justify to the Sarawak people the benefit for Sarawak to remain in the federation if it does not wants to look at the alternative solution of independence.