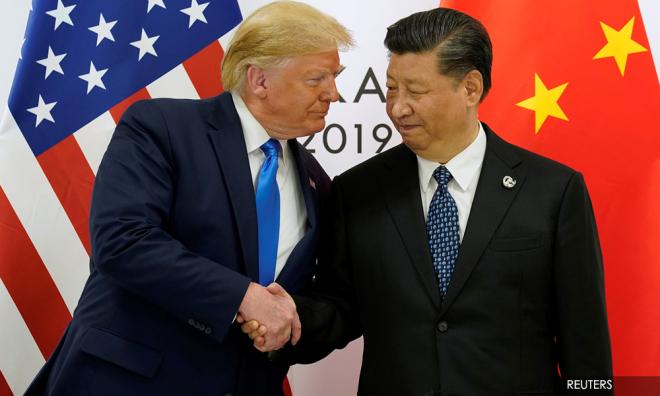 Towards a new world order based on cooperation, not confrontation

LETTER | The world was focused on the meeting between China President Xi Jinping and United States President Donald Trump at the G20 meeting in Osaka yesterday, and breathed a collective sigh of relief that the trade war had been averted.

No one knows for how long the multibillion-dollar tariff war between the two nations could be averted, but the world hopes that the temporary ceasefire would give the negotiators of both countries another chance to forge a permanent accord governing the vast flow of goods and services between the world’s two largest economies, and herald a new international order based not on confrontation but on cooperation.

This was the predominant view of the Chinese scientists, academicians and IT professionals whom a DAP delegation met on a week-long fact-finding visit to Hunan and Jiangxi.

Fairly unanimous of the view that the escalating trade dispute between the US and China is detrimental to both countries and the rest of the world, they nonetheless have the confidence that in the long run, China would not be the loser should be the trade war eventuate.

The size of the Chinese domestic market provides important advantages when it comes to innovation and it has already passed its critical mass in technological capacity and moved from imitator to innovator.

China has become a world leader in areas such as solar energy, mobile payments and high-speed rail.

Huawei is starting to use its own operating system (OS) called “Hongmeng” which is 60 percent faster than Android.

The fact-finding visit was useful, informative and educational. We visited the Institute of Bast Fiber Crops of the Chinese Academy of Agricultural Sciences in Changsha.

The Institute had previously collaborated with the National Tobacco and Kenaf Board in Malaysia and this collaboration should be revived.

The visit to the Super Hi-Tech company, China Creator Information, the tour of the thousand-year Yuelu Academy, the introduction to the Autonomous-Rail Rapid Transit system – a new innovation for urban transportation – as well as briefings by the Rail Transit System Solution Provider, CRRC, were refreshing and eye-opening experiences.

The delegation also visited Shaoshan, the village where the Chinese leader, Mao Zedong was born as well Jinggangshan, the cradle of the Chinese Communist Revolution.