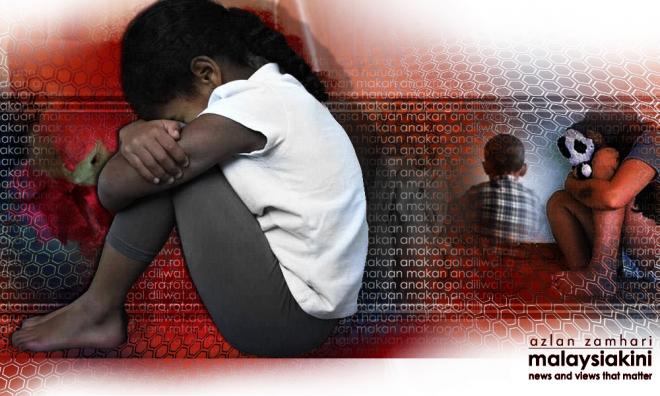 LETTER | Sexual abuse is not uncommon but it is still tragic whenever it happens. It is even more devastating when a child abuses another child, as reported in the press this week.

People are surprised when children abuse children, especially sexually, but for those of us working in the field, we recognise that it is a growing problem. It is important to recognise that when this happens, there are two victims.

The child who has been abused is a victim, but the child who is the abuser is also a victim. When an adult abuses a child sexually we should have no mercy. But when a young child does it to another child, we need to support both children.

Allow me to illustrate the problem by giving two examples of child abusers from some I have worked with.

One was a nine-year-old boy whose parents brought him to see me for help. He had gone to school and performed oral sex on his male classmate. Why did he do this?

His grandfather had been watching pornography in the living room on many occasions. The boy has become heavily influenced and wanted to try this on his friend.

Fortunately, the school and other parents were supportive and recognised that he needed help. Although I reported this to the Welfare Department and police, I was careful not to allow the issue to be sensationalised in the media.

It took six months of extensive work to help this young boy 'de-condition', become whole again and remove the many sexual images occupying his mind.

The second child was a seven-year-old boy who went to his class and put his finger up his classmate's vagina. In this instance, the school authorities attempted to cover up the incident.

Fortunately, the girl's mother found out and looked to us for help. I immediately requested the Welfare Department to officially also bring the boy to us for help. Again we need to ask why he did this.

We found out, subsequently, that his parents occasionally had him in their bedroom while they were having sex. They also allowed him to watch pornography at home. Again, both the children required support and counselling.

In these two incidents, like the one currently in the media, the children have done something wrong and traumatised another child, but they have also been abused by their carers. It is important that we support them and not just treat them as criminals.

The true perpetrator in all these instances, where children abuse other children, are the families and adults in the situations. They have not adequately supported these children and have exposed them to explicit sexual content at a young age.

In addition, we as a nation have failed them by not providing comprehensive sex education from a young age. The media too has a vital responsibility to report this sensitively and avoid a secondary abuse of these children.

I hope that, as a nation, we will be more supportive of these 'child abusers'. We have hardly begun to work on preventing abuse in our country and need to put in place many measures that can protect our children.