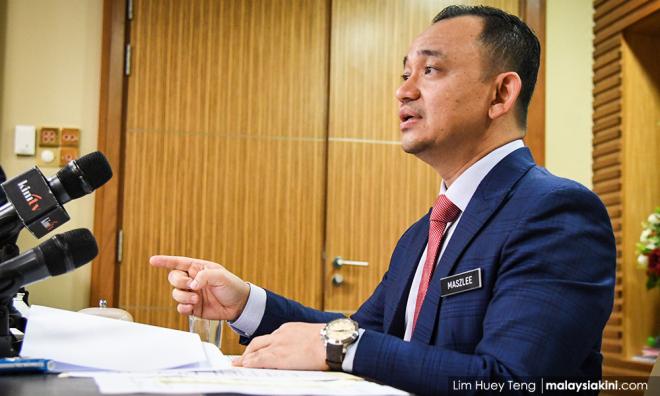 LETTER | Pergerakan Tenaga Akademik Malaysia (Gerak) is grateful and reassured that the Minister of Education Maszlee Malik has come up with a public statement condemning academic cheating and intellectual theft in our universities.

We in Gerak feel vindicated because we have been aware of these wrongdoings for quite some time and had even approached the Ministry of Education about this scandal.

Gerak member, Syed Farid Alattas, who was quoted on this by numerous sources recently, had even presented a paper on these offences in one of Gerak’s "Reclaiming Malaysian Higher Education" series of seminars and talks in 2018.

Academic cheating and theft of this nature, unfortunately, has virtually become institutionalised.

We know of supervisors taking credit for students’ work even without having provided any input whatsoever in writing the research papers.

Indeed, there are those supervisors who have the gall to demand their names be put first in the list of authors for their students’ publications. Again, often without having provided substantial – or any – input into the publications.

And at least one who, upon the registration of his PhD student, took her research proposal and used it for a grant proposal under his name, with no acknowledgement at all of the new student or that the whole proposal was hers.

For Gerak, these brazen incidences of fraud and academic bullying have simply gone on because university authorities – some in premier Malaysian universities even – have either turned a blind eye or have provided the institutional backing for these wrongdoings.

This deplorable state of affairs, of course, is not totally unrelated to our universities’ obsession with international rankings.

And the repeated incidences of such cases of academic dishonesty and bullying have been due to lack of due diligence on the part of our universities.

To be sure, the more-established universities have their own books of "Ethical Academic Behaviour". These do state clearly that supervisors must contribute their own sections in articles in order to be included as authors.

But, as many have gathered, stating and actually enforcing are two separate things. Putting names down as co-authors, irrespective of contribution, has often been seen as necessary for improving KPIs (key performance indexes) and the good name of the university.

This desperate and contemptible situation must stop.

Gerak is aware that we are aspiring to be a regional – even global – education hub. For this to happen we need to enhance our reputation not destroy it.

Indeed, Gerak believes that we need to remind ourselves that we live in a globalised, digitalised world where reputations that have been built over a long period of time can easily be destroyed overnight.

Having our reputation sullied in this manner will only result in the latter.

The above is issued by the Pergerakan Tenaga Akademik Malaysia (Gerak) exco.

University leadership must prioritise science and knowledge
13 May 2019
Rome Statute row: Rais wants to meet academic quartet
4 May 2019
Debate and engage academics, not punish them
2 May 2019
Maszlee gets rough treatment at dialogue with academics
14 Feb 2019