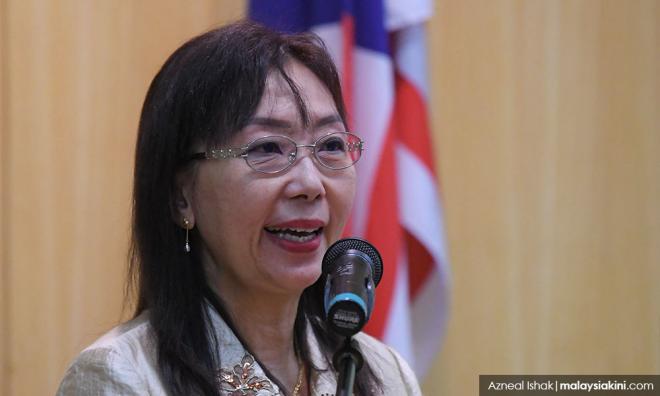 LETTER | “We don't need no education

We don't need no thought control

No dark sarcasm in the classroom

– “Another Brick in the Wall”, Pink Floyd

So, now we have a big brouhaha about whether or not palm oil is sustainable or destroying our rainforests, wildlife and indigenous cultures.

I for one, don’t think it’s wise to base our economy on commodities, particularly ones that are finite, like land, oil and crops.

I believe we should be taking drastic steps to change our economy and diversify to more renewable and sustainable resources, ones that take more advantage of the minds of our human resources.

It’s possible because our neighbour to the south has already done it successfully. I wonder if Primary Industries Minister Teresa Kok is going to jump on me and whether I will be investigated and punished for “propagating” a different view than her ministry.

With a response quicker than a Malaysian can sniff out the next great durian binge, the Education Ministry initiated an investigation of whether the school broke the law, the Education Act 1996. And just as swiftly concluded that they had.

As reported by the New Straits Times and several other papers, the director-general of education concluded: “’The involvement of students in propaganda activities is clearly against the national policy and can affect the country's good name.’”

But wait. Hold on a minute. What are the wider effects of this action? “Propaganda” is a vague word and one can apply it to virtually any view point that’s communicated openly.

If it can be applied in this instance, what about other topics schools might teach or explore with their pupils? What if another parent or minister, or businessperson, et cetera gets upset about something else being discussed, presented, or read about? Will we see another lightning-quick investigation and action taken against a school?

Who knows? And that’s exactly the problem. Now schools will start to self-censor. Since they could be pounced upon for any topic even remotely controversial or where there are opposing views, they had better avoid all of them.

There is now the unfair, and I might say unjust, expectation that students, teachers and anyone else in a school cannot say, present or write anything that contradicts the government’s official position.

Secondly, they must also have a perfectly formed argument with no flaws before they can express it (seems like a tall order for adults, let alone students who are in a learning environment).

The role that education must play in giving the space to learn to think, the opportunity to explore any view point and to debate has just been, in one short-sighted action, snuffed out.

By the combined actions of our primary industries minister and the director-general of the Education Ministry, and by extension our education minister, schools must now watch their back so they can continue to operate and their reputations aren’t ruined. They must double down on their efforts to control discourse and ideas.

You know what would have been more constructive?

Instead of singling out one school or international schools, Teresa could have thought about how she could get her message out better.

She could have held a conference on our local industries, planned panel discussions, debates and an idea exchange session.

She could have invited the school children to attend such sessions and to discuss these issues. I’m sure the Education Ministry would have cooperated. Then she could have posted highlights on her website or created videos and ads featuring them.

She and the other industry players might have even learned something new or gotten new ideas for our economy from these young people, if they have enough humility.

Finally, I would urge our ministers and senior civil servants to mind their words and actions. Stop and think of the ramifications your actions will have before you speak, and even more so, before you take action.

Think deeply and long about the bigger picture and knock-on effects your actions and words will have.

Unfortunately, some short-sighted, powerful people have just taken away the crucial training our students needed to become leaders who will do just that.