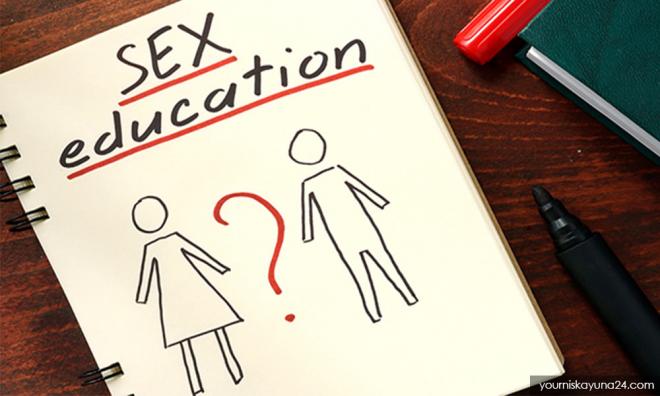 Sex education should not disregard abstinence

LETTER | There is no doubt that the crime of a boy being sodomised by a father he highlighted is shocking and requires intervention which is much overdue.

We welcome education on reproductive biology, sexually transmitted infections (STI) and how to recognise safe and unsafe touch.

However, we completely disagree on using the Comprehensive Sexual Education (CSE) syllabus as promoted by the International Planned Parenthood Foundation (IPPF) - not just because of the questionable origin and philosophy of CSE and the IPPF - but also because the ‘rights-based’ or rather what should be called the ‘desire-based approach’ to sex education will not yield a successful outcome.

The basic problem with comprehensive sex education is its amoral and relativistic approach, which separates human sexuality from its inherent value when practised within a marriage.

When we teach sex education without a moral framework, it undermines young people’s ability to comprehend the profound implications of sexual behaviour.

It is not enough to understand reproductive biology and STIs. Young people need to learn how to manage and discipline desires.

CSE reduces sex to a biological instinct and this deprives young people of the capacity to distinguish between genuine love and sexual exploitation which, needless to say, will not prevent sexual crimes.

As would be expected, those who subscribe to CSE as promoted by the IPPF completely disregard sexual abstinence or avoidance programs.

Simply saying that “they will do it anyway” is a pathetic and defeatist attitude. One cannot advocate abstinence without empowering young people with the knowledge to make abstinence successful.

This includes avoidance of vulgarity entering through the eyes and ears, gender segregation (including at school) and the resistance to normalisation of sexual mores brought by CSE-influenced sources.

Most importantly, we cannot discount the overwhelming hypersexualizing role of the media in particular ubiquitous pornography.

We applaud the efforts made by Ministry of Women, Family and Community Development educate children about safe and unsafe touch, National Population and Family Development programs such as “Say No to Zina”, and the work done by Malaysians Against Pornography.

CSE part of the problem

We should never have a habit of taking all Western ideas wholesale, but rather evaluate each of them for its usefulness or observe how they play out elsewhere before making a decision.

Though its practitioners may be well-intentioned, CSE does not offer a solution to sexual crimes.

On the contrary, it is part of the problem, since it fails to develop young people’s capacity to differentiate between genuine love and sexual exploitation.

What is needed is a form of sexual education that is oriented to married love and the virtues required by a stable nuclear family.

The take-home message is that while we make efforts to combat the sexual crimes in our society, let’s not create more problems by importing a clearly problematic method in trying to do so.

Sex education must be imbued with a sense of responsibility in managing sexual desire as guided by our values.

DR RAFIDAH HANIM MOKHTAR is the president of the International Women's Alliance for Family Institution and Quality Education and an associate professor based at the Islamic Science University of Malaysia's faculty of medicine.

The views expressed here are those of the author/contributor and do not necessarily represent the views of Malaysiakini.
letter
education
sex education
dr rafidah hanim mokhtar
Related Reports
100,000 teenage pregnancy cases reported since 2011
a year ago
Provide timeline for implementation of sex education
2 years ago
No child should be afraid of going to school – Unicef on 'sex-for-grades'
2 years ago
Sex education should not be taboo, says Mujahid
2 years ago