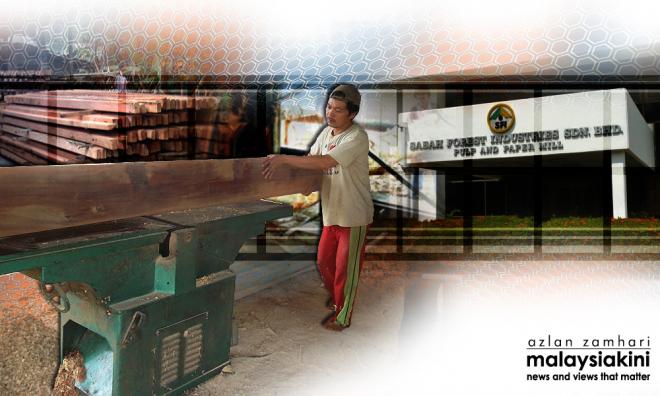 The Sabah Timber Employees Union (STIEU) is hopeful that the High Court will deliver a definitive decision today, July 9, when it decides on the injunction application filed by Pelangi Prestasi Sdn Bhd (PPSB).

This is because at least 1,500 workers have suffered job insecurity and irregular payment of wages since Sabah Forest Industries (SFI) went into receivership in late 2017.

There were at least 2,000 workers in late 2017 but many, especially those who have a family and children to support, resigned when workers were placed under a temporary layoff scheme and the payment of wages were delayed.

This put the workers under a lot of stress, stemming from daily uncertainties of their employment status and irregular wage payment, making it difficult to cope with monthly obligations.

The workers’ employment status has been uncertain since SFI went into receivership in late 2017. However, there was a short reprieve when PPSB won the take-over bid in 2018, entered into a SPA with SFI and as a prerequisite paid RM23.1 million in back wages dating from January 2018 right up until March this year.

The remaining workers reported back to work in July 2018 and have been salaried by PPSB but are paid only the basic salary, with no overtime which amounts to a shortfall of at least 30 percent of workers’ take-home income.

There have been no increments to the basic salary of the workers for more than five years and their daily struggles to make ends meet have been further compounded by the rising cost of living in Sabah.

If the High Court can deliver a firm decision, the union and workers can start holding discussions with the employers.

A legal tussle ensued when Parti Warisan Sabah assumed control of the state government and intervened to stop the SPA between PPSB and SFI by declining to issue PPSB with fresh timber licences while imposing a new set of regulations on timber licences which would effectively disqualify PPSB from even applying for a licence.

This placed the workers back on an uncertain footing, with delayed wages and loss of job security and bills to pay.

This has once again shaken the moral of the people of Sipitang, who were once looking forward to significant changes in the economy and infrastructure of the area when the agreement between PPSB and SFI was signed.

Following the takeover on March 9, 2018, PPSB saw the transfer of all assets, land titles and timber licences and promised to look into the welfare of workers by way of upskilling exercises, providing support and improving access to basic amenities like water and electricity.

PPSB also pledged to provide support to local schools to ensure that children receive education in a better environment.

Owing to the recent turn of events, PPSB sought to quash the new state government’s decision to reject the issuance of fresh timber licences, which will interrupt its SPA with SFI. PPSB has filed a judicial review naming the newly minted Sabah Chief Minister Mohd Shafie Apdal and the Sabah government as respondents.

STIEU and the people of Sipitang want the legal tussle to be resolved as soon as possible because the workers and their families have suffered enough.

ENGRIT LIAW is the secretary-general of the Sabah Timber Employees Union (STIEU).