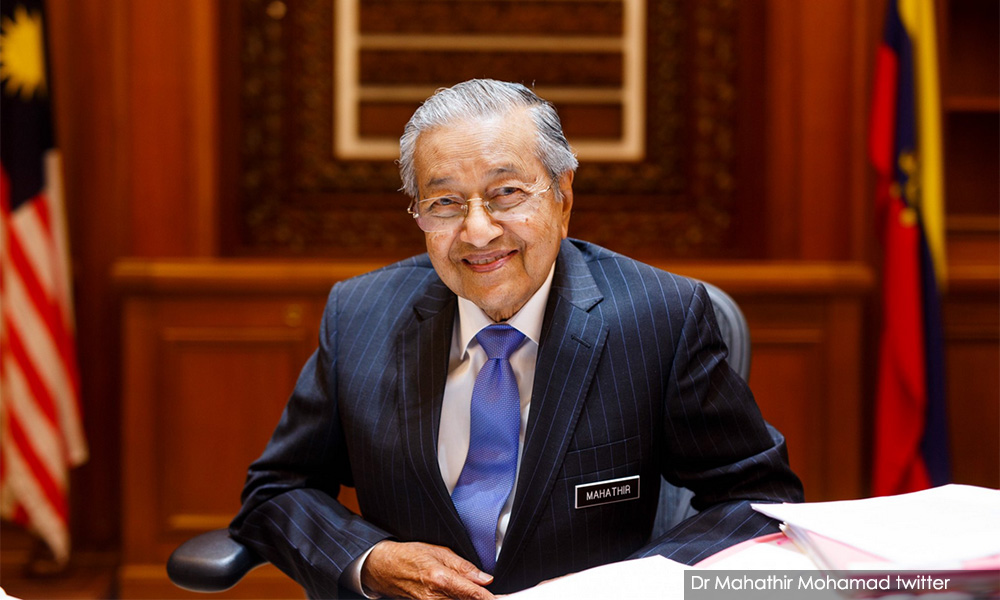 LETTER | Prime Minister Mahathir’s recent call for Malay parties to join Bersatu represents many realities, but unity is not one of them.

His announcement does not come as too much of a surprise considering the many U-turns Pakatan Harapan has made in their first year as the ruling coalition.

While we can say many things about Mahathir, no one can question that he is somewhat of a genius when it comes to politics. After all, how many people do we know that won back their position as prime minister at the ripe old age of 93?

This ‘call for unity’ is clearly yet another chess move in the game of politics he loves to play.

Firstly, it cannot be ignored that this pitch for Malay political unity comes immediately after Ahmad Zahid Hamidi (below) resumed his position as president of Umno. Mahathir knows that this has upset many members of Umno, and the choice to jump ship to Bersatu is appealing more now than ever. After all, attacking when the 'enemy' is vulnerable is the smartest move.

We also know the Bagan Datuk MP has a history with Anwar Ibrahim, which could create anxiety for Mahathir about Anwar’s loyalty.

Until now, Mahathir was able to rely on the Anwar-Azmin tension to get both men to walk on eggshells around him in their hopes of being picked for the next prime minister.

Mahathir has repeatedly expressed that Anwar will succeed him, but there was always that ‘what if’ with Azmin lurking in the shadows. Now that Azmin is out of the picture, there is no one else standing in Anwar’s way and people are starting to wonder when Mahathir will pass on his baton.

Mahathir is not the kind of guy that likes to be pressured, as a Bersatu insider stated: “Mahathir does not like to be dictated to. Never, never dictate to him what to do.” This includes being told when and how to hand over power to Anwar.

His suggestion of a Malay super party in his coalition did not appeal to all in his coalition, least of all Anwar, but it did emphasize that no one else tells him what to do.

There have been rumours that many in PH are sick of Mahathir spending time trying to win over the Malay vote rather than working on his promises of creating a ‘New Malaysia’, but Dr M seems not to care.

The Malay unity call shows Mahathir re-asserting that he does what he thinks is best and no one can tell him otherwise.

The Malay unity idea is one that has been recycled by Mahathir again and again, way back when his line was ‘Umno will only be strong when Malays in politics come together,’ and now he is singing the same tune with different lyrics. This time Bersatu is the place for Malays to unite in a super party, of course, with him at the lead.

He will go on and on, painting this picture of all Malays standing under one umbrella. He will try to assert that only then, will Malays create the stable and progressive country of our dreams, with the great benefits of being the majority.

He will assert that the more Malay parties there are, the lower the chance a Malay party will win the election.

He will talk the talk of Malay unity till he is blue in the face... but anyone with some sense will see right through it.

There is no such thing as Malay unity. There, I have said it.

I mean, how can all the Malay ideologies - Malay nationalism, the desire for an Islamic state, and a Malay monarchy - ever work together cohesively in a political movement? The thought itself is absurd.

Furthermore, isn’t the very beauty of democracy the fact that people have a choice? That Malay citizens have a variety of parties to represent them?

This call by Dr M for Malay political unity shows his fear of rejection by Malays on the ground. It demonstrates his plan to weaken Umno in the wake of Zahid’s return as president.

It shows his desire to assert full control, but it does not show any semblance of a better future for Malays via Malay unity.

The views expressed here are those of the author/contributor and do not necessarily represent the views of Malaysiakini.
politics
malay
mahathir mohamad
Related Reports
Dr M's invitation to join Bersatu came too late, says Nazri
a year ago
Re-imagining Malaysia after Mahathir
a year ago
Dr M's birthday wish: I want to finish my job
a year ago
Yoursay: ‘Goodwill spent, Dr M must stick to handover deal or lose trust’
a year ago