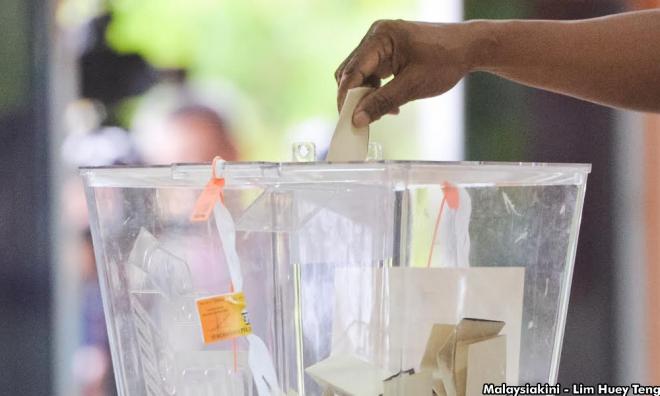 Can an 18-year-old vote responsibly?

LETTER | One of the many pledges made in the 2018 Pakatan Harapan general election manifesto was to reduce the voting age from 21 to 18.

The current legal system in Malaysia states that 18 is the legal age for adulthood. It is considered an age which an individual is judged to be able to take full responsibilities for his or her own action. This will also enable a person to get married and have the capacity to enter into a contract.

On the other hand, the legal age for purchasing alcoholic beverages was increased from 18 to 21 as most agreed that drinking could bring a negative impact on youths. Maturity was strongly emphasised when making the change in the age requirement for alcohol purchase.

For the case of lowering the voting age, the consistency in the interpretation of "maturity" is contrasting. The youth and sports minister has said that to prepare youths for their voting responsibility, his ministry would propose programmes on cadreship, leadership and politics. Nevertheless, the programmes have yet to see the light of day.

The proper consideration the government should make before proceeding with the amendment to lower the voting age would be to introduce long-term school programmes or school subjects that educate teenagers on government structure, elections and the voting system. The government needs to come up with a better strategy in educating youths in these areas prior to tabling the amendment.

Some countries which lowered their voting age to 18 such as the US offered core courses relating to governance and law in their secondary school which allowed their youths to understand the significance and responsibilities they hold as voters.

If we don’t start educating our teenagers now, the constitutional amendment bill will not serve its initial aim of giving the youth a voice in a progressive democratic system.

There is no point in lowering the voting age without preparing future voters and when they don’t have a clear and comprehensible outlook on the politics of Malaysia. We need to take note that a 14-year-old today will qualify to be a voter by the end of the current federal government’s term.

The influence of social media on teenagers is another crucial matter to take note of. Most teenagers today rely on new media instead of traditional newspapers to be aware of the happenings of their surroundings. Some news published on social media platforms might be misleading or even to the extent of being fake.

There are many claims that the current generation of teenagers mature earlier with the use of technology tools but this adaption does not represent maturity. They might end up following other people’s choices instead of deciding for themselves.

At the same time, there are two more constitutional amendments to be tabled which are to reduce the age of election candidacy to 18 and automatic voter registration. With all of these proposed amendments, will political stability in  Malaysia be strengthened?

The age of 18 is a clueless junction where new adults are trying to define their future. Why would you want to put another path for confusion?