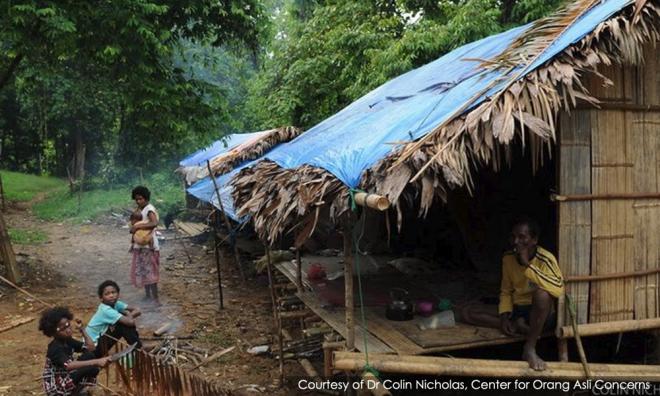 We need to talk about our Orang Asli community

LETTER | Juicy political scandals tend to dominate headlines in Malaysia, but I would like to draw your attention away from sex scandals and focus on a group of people who are suffering, those who were the first to inhabit our land- the Orang Asli community.

It is hard to believe how much suffering one group of people can go through, and it is hard to fathom that indigenous people still get treated with zero respect in some places.

But if you just take a moment to listen, you will hear that a group of Orang Asli people were in Parliament earlier this week to submit a memorandum of understanding to the government, one that highlights some pressing and shocking trends that our indigenous people are going through on a daily basis. Most of us saw the headlines, felt bad for a minute, and moved on but I would like to draw our attention back to them because they deserve it.

Tragic revelation number one - Muslim religious preachers have been entering their areas and "Islamising" members of their community without their consent. A group spokesperson, Anjang Aluej, re-laid the disconcerting trend that has been going on for years, where many find that the religion on their identity cards has been changed to Islam without their knowledge.

Orang Asli children are also being targeted. They are taught Islam in schools and made to fast despite their parents’ objections. Aluej stated passionately, “It is as if we do not have the freedom to choose our religion. Not only are we slowly losing our land, but we are also losing our identity”.

Tragic revelation number two - the constant encroachment and deterioration of their land due to logging, tin mining activities, plans for hydro-electric dams and illegal hunting on their land. The Orang Asli communities largely depend on their land and their rainforests for their livelihood. These constant activities which put their land, their health and their traditions at risk come with zero compensation and they are forced to deal with the constant shrinking and deterioration of the land that has been their home for centuries.

Tragic revelation number three - Orang Asli women claiming they are being subjected to unwanted family planning that has short and long-term side effects. While the trend of pushing Islam onto the Orang Asli people and the dismissiveness of their land complaints are well documented, this horrific claim is something new, and something we need to take seriously. After the memorandum was handed in, two women agreed to speak to the press about what exactly goes on in their community. One villager named Sanorah, in her 30’s, spoke about how she was practically forced by authorities to receive a shadowy injection five years ago.

She sadly shared her story stating, “[...] after the injection, my whole body felt pain all over. I was more or less forced to take the injection. Shortly after that, I became pregnant with my fourth child. When he was born, his right hand was not fully formed. I think it could be due to the medicine they made us take.” She added that the medication, which came in liquid form, was given to women in her village that are of the child-bearing age. Although the health minister has since responded claiming that these injections were to prevent "dangerous pregnancies", the fact that these women were given absolutely no information and had to deal with these side effects is unforgivable.

How can this kind of thing be happening in the supposed "New Malaysia"? It was in August 2018, nearly one year ago, that spokesmen from the Orang Asli handed over a previous memorandum to the newly elected Dr Mahathir Mohamad in which they detailed their suffering and asked for change. The PM supposedly listened with sympathy and genuine concern and promised that change was imminent, yet here we are. It is almost a year later and the state of the Orang Asli communities has only deteriorated.

On top of these tragic claims specified in this new memorandum, our indigenous people have also gone through a year of suffering from a mysterious and threatening illness that swept through the community claiming 15 lives already, from the Batek group. While the cause of death is still unknown, there is no doubt their living conditions including poverty, the destruction of the community’s habitat and possible contamination all played a role.

Our prime minister made ample promises to the Orang Asli community in the run-up to the G14 elections, yet during his first year in office, we have seen a major deterioration in their situation. Attention needs to be drawn to the plight of our natives, Mahathir needs to up his game and take this memorandum seriously, and we need to talk about his tragedy until we see change.