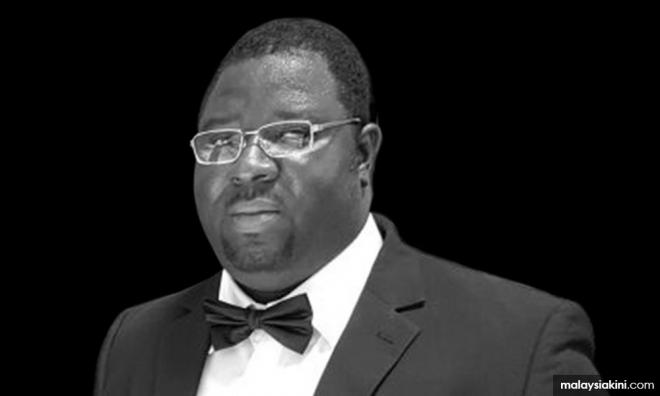 LETTER | Malaysians Against Death Penalty and Torture (Madpet) notes with sadness the death of Nigerian student, Thomas Orhions Ewansiha, who died while under detention at the Bukit Jalil Immigration Depot on July 9.

He was arrested by the Immigration Department on five days earlier for maybe allegedly being an undocumented migrant.

Immigration director-general Khairul Dzaimee Daud was reported saying that "The student was suspected of committing offences under Section 56(1) of the Immigration Act 1959/1963 and was arrested under Section 51(5)b) for 14 days for further investigations."

This section contains many different offences, and there seems to be no indication of what exactly the suspected offence for which Ewansiha was arrested for.

If it was merely because he was a suspected undocumented migrant, this is a fact that could be speedily confirmed by reference to the department's own records, the school he was attending, and the Nigerian embassy.

He should have been released within hours, and not still be in detention for days.

The Federal Constitution, in Article 5(4) states: "Where a person is arrested and not released he shall without unreasonable delay, and in any case within 24 hours (excluding the time of any necessary journey) be produced before a magistrate and shall not be further detained in custody without the magistrate"s authority..."

There is an exception when it comes to a non-citizen, where it states that "….other than a citizen, who is arrested or detained under the law relating to immigration, this clause shall be read as if there were substituted for the words 'without unreasonable delay, and in any case within 24 hours (excluding the time of any 'necessary journey').

This means the foreigner arrested for an ‘immigration offence’ need not be brought before a Magistrate within 24 hours, but "within 14 days."

The only justification is that time may be needed to verify whether the passport or the visa of the foreigner is real or forged, where 14 days may be needed.

This provision seems to remove the judicial discretion of the magistrate, who in a remand application should listen to the police (in this case the Immigration officer), the suspect and make an appropriate remand order or set him free.

The act uses the words, "…magistrate who shall make an order for his detention for such period as may be required by an immigration officer or a police officer…" which implies the magistrate has no choice but just order remand for the number of days requested by the said Immigration officer – and this goes against the ordinary remand powers of a magistrate.

It is an injustice that a Malaysian citizen, suspected of committing the same immigration offences are treated differently from a non-citizen. The Malaysian is brought before the magistrate within 24 hours, and the foreigner within 14 days.

Equality for all persons

Madpet urges the government to ensure that all persons, citizens or non-citizens, should be brought before the magistrate within 24 hours if the police, Immigration officer and/or other enforcement officers, want to detain a person for further remand for the purposes of investigation.

The Federal Constitution should also be amended, to ensure that Article 8(1), which states "All persons are equal before the law and entitled to the equal protection of the law" is given full effect.

In this modern age, hours are sufficient to verify whether a person is in Malaysia legally or not, not 14 days as envisaged by constitution drafters in 1957.

Suspects of offences must be placed in lock-ups, not together with other confirmed undocumented migrants.

Allegations should not be ignored

Ewansiha died in custody, and even if it is later established that he died of natural causes, the real issue is really why he was still being detained when he should have long been released within hours, noting the fact that he was definitely not an illegal immigrant.

There have also been other recent allegations related to the Immigration Department, its officers and detention centre conditions.

We note that it was also reported in media that 68-year-old Singaporean Puis Gilbert Louis – a holder of a valid visa until Nov 11 last year and who was arrested on Oct 9 and ended up in detention for 37 days – had commenced a suit against the Immigration Department, seeking RM2.67 million compensation for his detention in an overcrowded cell.

Madpet also calls on Suhakam to immediately visit and investigate the detention conditions at Immigration detention places, a power that is bestowed on Commissioners by Human Rights Commission of Malaysia Act 1999.

Madpet also calls for a parliamentary select committee, not the home minister or any other interested parties, to investigate the Immigration Department, its practices, its powers and detention conditions.

Madpet urges the government to act speedily to improve detention conditions, but also reform procedures and laws, and act speedily and openly against any or all Immigration officers who have abused their powers, been involved in torture or have facilitated offences by reason of indifference, solidarity with fellow officers or any other reason.

Can we trust the government to investigate anything?
15 Jul 2019
Nigerians tell of alleged ill-treatment by M'sian authorities
14 Jul 2019
No sign of physical assault on Nigerian who died in custody - Immigration DG
14 Jul 2019
Independent investigation or inquest needed for Ewansiha's death
13 Jul 2019