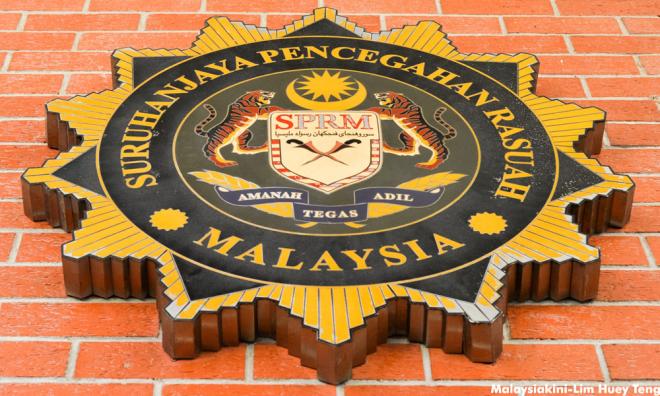 Prosecute all enforcement officers that break the law

LETTER | Madpet (Malaysians Against Death Penalty and Torture) is concerned that the attorney-general found that there is insufficient evidence "…to warrant a culpable homicide investigation into Teoh Beng Hock's death …" What needs to be done is to continue the investigations.

The Teoh Beng Hock case also raises many other possible offences that could be prosecuted including the giving false statements, possibly also suppression or doctoring of evidence and other breaches of the law. Any enforcement officer who breaks the law should be investigated and prosecuted in an open court.

On July 16, 2009, Teoh was found dead on the fifth floor of Plaza Masalam, Shah Alam, after going to the MACC office on the 14th floor of the same building where he was interrogated. Teoh was brought into MACC Selangor’s office for questioning at 6 pm on July 15, 2009, where he remained for 19 hours until his body was found at 1.30 pm the next day.

Thai forensic pathologist Dr Pornthip Rojanasunand testified that she was 80 percent sure Teoh had been strangled before falling off the building. This was based on bruises on his neck.

The royal commission of inquiry also concluded that five MACC officers had given false testimonies about their actions before Teoh was found dead. They were then-MACC Selangor deputy director Hishamuddin Hashim and officers Mohd Ashraf Mohd Yunus, Bulkini Paharuddin, "Anuar" and "Raymond".

Both the commission's report and Court of Appeal judgments clearly stated that the MACC officers had committed wrongdoings when questioning Teoh, yet none have faced prosecution.

There are also many other deaths in custody cases like the case of Syed Mohd Azlan Syed Mohamed Nur where it was found that police officers or enforcement officers had broken the law.

In the Syed Mohd Azlan’s case, the Enforcement Agency Integrity Commission (EAIC) was reported as saying, “There was an element of crime in the attacks involving common intent or abetment by PDRM officers, including the arresting team, to intentionally use physical violence on the deceased to cause death or injury,”

It said that the action was a criminal offence, specifically under Section 302 and 325 of the Penal Code read with Section 34 of the same Act. The EAIC’s investigations also found attempts to obscure evidence by police officers.

Sadly, we have not heard that all these officers were charged and tried in court.

Now, we have a new government and a new attorney-general and Madpet prays that all these officers who committed crimes, including doctoring, fabricating and hiding evidence should be investigated and prosecuted. Those who make false statements should also be prosecuted.

The perception of the administration of justice in Malaysia suffers when police, MACC or other enforcement officers seem to be able to escape prosecution and trial. Internal disciplinary measures, including termination, alone are totally inadequate.

Public officers with the responsibility of enforcing the law must never break the law, and if they do, they must be immediately prosecuted and tried in court and if found guilty, their sentence best be a deterrent sentence.

Such open trials may result in ensuring that other enforcement officers will in the future obey the law for fear of being prosecuted if the break it in any way, be it for corruption, torture or any other crime.