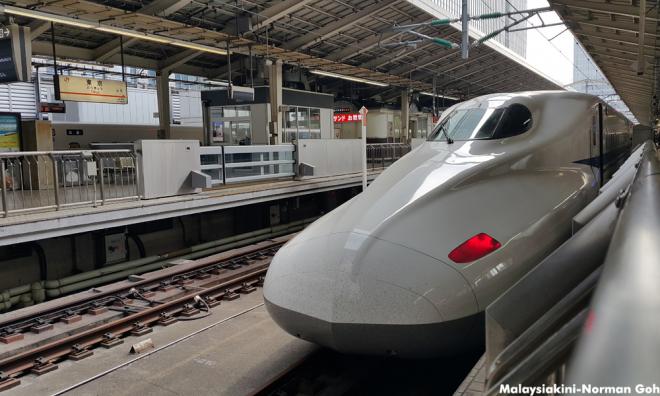 Will we learn anything from the Penang CM's study trip to Tokyo?

LETTER | The Penang chief minister is visiting Tokyo to study the MRT and 'smart' city.

A few months ago, another rombongan was sent to China to study the ART (trackless tram). The public was not informed about what they learned from that trip. Not a word.

Why did they reject the ART which has many advantages over LRT?

It is much cheaper (nearly a tenth of the cost of LRT). We heard the Chinese offered to build one for RM1 billion with a line to the airport plus line to Seberang Perai.

Compared this to the RM8.5 billion for the LRT. Can the chief minister confirm if that is true?

The ART would be much faster to build – a few months perhaps, as no tracks need to be laid, compared to six years of disruption and misery for Penangites when building the LRT.

The ART would be much more flexible, as routes can be added and changed compared to fixed tracks for LRT.

It would also be cheaper to operate and maintain, and is eminently suited for the Penang heritage landscape and more environmentally friendly compared to bulky and ugly LRT.

The ART's carrying capacity and speed is not much different from LRT, and no disadvantage given the frequency of stops and small population.

So why is the state choosing the LRT? What is the justification?

One reason is always touted, i.e., LRT is elevated and doesnt take road space, which is not true. The pylons take away one lane.

In any case, the ART also can be elevated and can climb steeper slopes (up to 13 degrees, which the LRT can't).

We do not need to elevate the whole route; only in critical junctions.

I am not against study trips to learn from other countries, else we become katak di bawah tempurung. But there must be results, transparency and accountability.

Again, the state sent a big team to Hong Kong to study hill slope development a few years ago. What was the result? Two deadly landslides claiming 20 lives. Did they learn or implement anything?

This is supposed to be a new government of hope. Please walk the talk.

From now on, I propose an audit of such trips. For trips overseas in the last few years, the government must give an account of the results, what was learned and adopted, what was not and why, what was the cost, who went, etc.

They must justify future trips with objectives and KPIs.