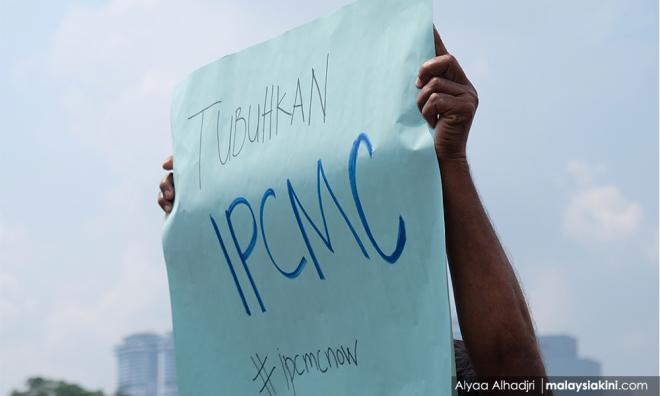 LETTER | The Malaysian government’s proposed police complaints commission is an important step toward accountability for abuses by police. A bill creating an Independent Police Complaints of Misconduct Commission (IPCMC) was submitted to Parliament for a first reading on July 18 and a second reading is scheduled for October.

Malaysia has long needed an independent police complaints commission to hold officers who commit misconduct, including abuses against people in custody, to account. The proposed law is a major step, but broad consultations are crucial so that the commission created is truly independent and effective.

Allegations of police corruption and excessive use of force have dogged the Malaysian police for decades, culminating in the establishment of the Royal Commission to Enhance the Operation and Management of the Royal Malaysian Force in 2004. In 2005, that commission recommended the creation of an independent body to investigate complaints of misconduct against the police and take necessary disciplinary action. The election of the Pakatan Harapan government in May 2018, which ran on a platform promising that all allegations of police misconduct would be investigated in a fair and comprehensive way, gave new life to the call for establishing an independent police complaints commission.

Under the draft law, the Yang Di-Pertuan Agong, or king, will appoint commission members with input from the prime minister. None can be current or former members of the police force. The commission will have the power to summon witnesses and compel the production of documents, and noncompliance is subject to criminal penalties. The commission will also have disciplinary powers over the police, through a disciplinary board consisting of three members of the commission, one representative from the police force, and one member of the Police Force Commission who is not a police officer.

Some of the bill’s provisions raise concerns about the independence of the commission. The proposed law would allow the prime minister to unilaterally change the composition of the disciplinary board and to issue regulations regarding procedures for the handling of complaints and the conduct of disciplinary proceedings. Both provisions would create opportunities for political interference with the commission.

It’s crucial that the police complaints commission not only investigates police abuse but also ensures that criminal offences by police are fully and fairly prosecuted. The government should use the coming months to consult widely with human rights groups and other stakeholders about the bill to ensure that the eventual law brings about real changes in police conduct.

governance
police
ipcmc
Related Reports
IPCMC must prioritise deaths in custody
19 Jul 2019
IPCMC is here - but does it have bite?
19 Jul 2019
Fourteen years after RCI, gov't tables IPCMC Bill
18 Jul 2019
The IPCMC, rule of law and freedom from fear
11 Jul 2019