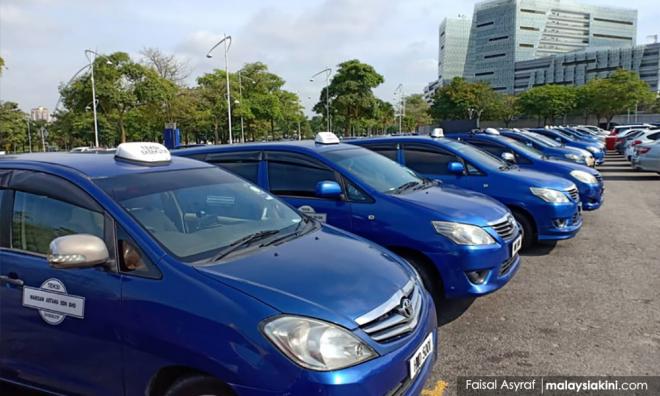 Regulations and increased costs for ride-hailing drivers are illogical

LETTER | I am writing this letter on behalf of Grab users.

There must be hundreds of thousands of us. We are voters who helped elect the Pakatan Harapan government with hopes for a better Malaysia.

Ride-hailing is a concept or an idea. Grab does not own cars nor does it employ drivers. It uses technology to connect drivers and passengers smoothly and efficiently for better mobility.

It is an idea that was pioneered by a similar ride-hailing company, Uber. Without heavy capital spending on infrastructure and employees but by simply using a digital platform, Uber was able to set up a low-cost billion-dollar business.

People with some spare time and the willingness and ability to drive could earn an additional income. It was an opportunity for the average wage earner, students and even housewives. And they grabbed this opportunity resulting in thousands of private car owners turning into self-employed drivers.

For the passengers, this is a dream come true. The response from Grab is quick, the cars are clean and the drivers courteous and helpful.

There is no safety threat because you knew the vehicle registration number and the name of the driver on your smartphone before you stepped into the car.

And Grab had exclusions for old cars, certain makes of unreliable cars and for unreliable drivers. The company also responds and attends to complaints promptly, unlike taxi companies out there.

With discounts being given during off-peak hours, users began to adjust travel times to take advantage of these benefits.

Grab would accept a short ride for say, RM3 to a transit station which taxi cabs would not. All this must have contributed to reducing traffic jams and increasing ridership on the rail services.

Grab became so successful in Malaysia that many similar competitors have emerged to get a slice of the market.

So, it is not true that Grab is a monopoly. Taxis, on the other hand, are a monopolistic business because government licensing policy controls the number of taxis in the market.

Grab’s resounding success has created anxiety for those in the taxi industry. To understand why, we need to go beyond the idea of simple business competition.

Uber and Grab can be regarded as ‘disruptive innovations’, a term coined by Clayton Christensen of the Harvard Business School in 1995.

By disruption, he referred to a product or service that profoundly transforms a market or destroys it. It is more than a simple competition.

Let me illustrate with a few examples. Disruption is what the motorcar did to the horse and carriage, what the PC did to the IBM typewriter, what Apple iPod did to the Walkman and what digital cameras did to film photography.

Film-makers Kodak announced profits of US$14 billion in 2000. Just 12 years later, the company filed for bankruptcy protection due to the emerge of digital photography.

The taxi companies here, like those elsewhere, sensed this disruptive force. Since most taxi companies and drivers are from a particular race, the Transport Minister has felt obligated to step in and help them.

But the regulations he is imposing and the increased costs the ride-hailing drivers have to incur are illogical.

Attending a driving course, obtaining a PSV licence, Puspakom inspections, additional liability insurance and medical exams for all drivers are unnecessary and can be considered anti-business measures incompatible with the concept of disruptive innovation.

By engaging with Grab, drivers are just doing what they have always been doing - using their cars to help ferry passengers who can be family or friends, or simply citizens in distress or total strangers.

If you are going to compel ride-hailing drivers to comply with these regulations, you might as well extend these regulations to all car owners who carry any passengers even if it is for free.

What Transport Minister Anthony Loke should do to be politically correct is to help taxi companies keep up by transforming them to become ride-hailing companies using technology.

If they are unable to change, why not provide taxi drivers with a subsidy. This money can come from payments made by ride-hailing drivers when applying online for a PSV licence.

Make the PSV licence fee as the only payment needed at RM100 per annum. All this money collected by the government can be paid out to taxi drivers.

Digitally enabled business is the way of the future as stated by our Prime Minister Dr Mahathir Mohamad. The government must be an enabler for this kind of business.

With the greatest respect may I say this to Loke: “To bet against companies like Grab is to bet against the future.”