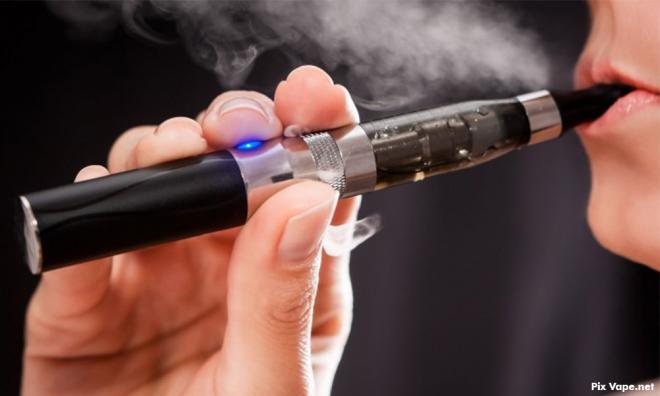 LETTER | I am a soon-to-be father who is deadly concerned about the recent viral video of a schoolgirl vaping nonchalantly while waiting for her bus. Another shows three boys consuming a vape-like candy on school grounds.

These smoking-like products have rapidly captured Malaysian consumers’ attention and money – including the young.

Everyone’s using them. I recently went to a music festival and to my surprise, I saw more people smoking vapes or e-cigarettes than conventional cigarettes.

They came in all shapes and sizes – from triangular pyramid-looking pieces to watch-like devices – and smells, including bubble gum.

Is it any wonder that they appeal to the youth?

The outstanding performer in this industry has undoubtedly been Juul, which has taken America and the world by storm. Launched in 2015, it has rapidly seized 70 percent of the US e-cigarette market share and will generate over US$3.4 billion in revenue this year.

Data shows that the number of youth vapers has increased staggeringly since the introduction of Juul, driven by its flavours and easy access, sparking a debate whether it and similar devices should be banned.

The vaping/e-cigarette boom – and debates over it – has likewise reached out shores here in Malaysia.

Like Juul, brands such as NCIG and Nanostix are now in a dominant position, again largely thanks to their social media-driven marketing strategy, sleek design and variety of flavours- which are all appealing to youths.

Reliable numbers are hard to find due to lax regulations, but as noted, it seems like vapers are everywhere in Malaysia.

Why this is a problem should be obvious: what exactly are people smoking, who is using them and how safe are they?

Most Malaysians will struggle to distinguish between vapes, e-cigarettes and heat-not-burn products. This makes regulating possessing, selling and manufacturing these products difficult.

Further, with the brazen promotion of lesser-known vapes and e-cigarettes everywhere (including minimarts), it seems that young people can get them without restrictions of any kind.

In regard to the third question, the proliferation of cheap knock-offs has led to multiple cases of devices malfunctioning or even causing injury. This includes one incident when a probably badly-designed vape exploded in the pocket of a user, causing third-degree burns.

Moreover, the amount of nicotine used in these products is at the discretion of manufacturers and the consumers. This means that vape pods or refills can have as much as 50mg of nicotine in them, which is equivalent to 2.5 packets of cigarettes.

Singapore has banned e-cigarettes and vapes. There are calls for Malaysia to do so as well.

But this is something we have to move carefully on.

Data from the US and the UK have concluded that youth smoking rates have shown linear associations between decreases in smokers and increases in users of e-cigarettes and vapes.

In fact, independent scientific studies have shown that the use of these alternatives are less harmful than smoking conventional cigarettes. It seems that regulators and medical practitioners have glazed over this very important fact.

Many users who have switched from cigarettes to alternatives say they can’t even bear the smell of cigarettes anymore, much less smoke one.

Wouldn’t it hence be better if Malaysia regulates smoking alternatives and get to grip with enforcement so that this youth vaping trend could be stymied?

Most importantly, these e-cigarettes and alternative to cigarettes should be classified separately, each with its own set of specifically-tailored regulations.

For instance, the amount of nicotine in a vape refill should be capped much like with cigarettes and anything above that should be deemed illegal.

The Health Ministry is making the right move by drafting the new e-cigarette bill and hopefully some of these concerns will be addressed in the new legislation.

It is hoped that the ministry will base the bill on credible scientific research, preferably done domestically, and wide-ranging consultation – taking stock of the situation at present.

At the end of the day, the ministry's end goal must be to reduce the number of smokers.

Products which are proven to have reduced negative impact to public health and better alternatives to cigarettes should be given different classification. The public should be informed of this and be encouraged to change their smoking habits.

Banning will not solve anything. In fact it will create a host of other issues. Knee-jerk reactions will make you miss the forest for the trees. Look at the issue holistically – regulate and enforce stricter controls for the sake of public health.

Selling vape to schoolchildren to be addressed
21 Jul 2019
Health Ministry sets up special committee to study e-cigarette regulation
27 Jun 2019
Vape, shisha to be included in cigarette ban
22 Nov 2018
For a smoke-free future, take a leaf from New Zealand
30 Nov 2018