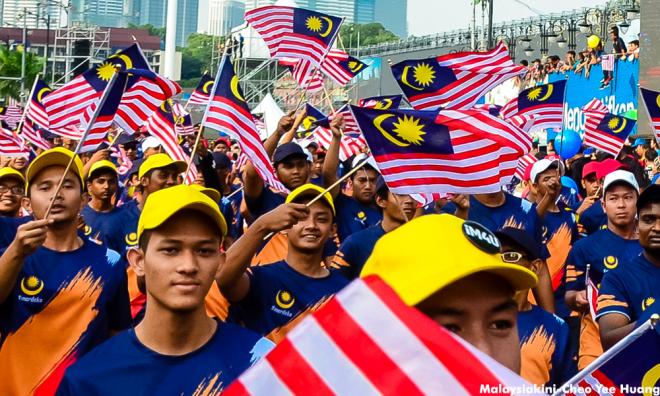 Do our schoolchildren need to be educated on voting?

LETTER | Do future 18-year-old voters need to be dedicatedly educated about politics?

Last week, in the Dewan Rakyat, the amendment to the Federal Constitution to lower the voting age to 18 was passed with a majority with support from both political blocs.

With the garnered 211 votes from the parliamentarians, it visibly proved that the "Undi 18" initiative that had been loudly promoted by the youngest cabinet minister Syed Saddiq Syed Abdul Rahman wasn't a small thing that could just be shelved and forgotten.

I was there, as a research officer, standing inside the parliament hall at the back of the opposition seating zone as the speaker announced, "This amendment of the Federal Constitution is passed with a majority."

In the first place, even before the recent parliamentary session commenced, I disagreed with the idea of letting 18-year-olds vote. It's not because they are too young to be in a participative democracy or that I dislike the about-my-age youth and sports minister. I am just not convinced that they can be "eloquent voters" in terms of political cognisance and awareness.

Yesterday morning, in the Upper House of Parliament, a senator from the opposition bloc, in the oral question-and-answer session, asked the minister of education whether there will be a special subject on democracy and the constitution in schools.

As answered by the deputy minister, there will be no such dedicated subjects to be created as the Education Ministry was driving an effort to improve the current syllabus of the history subject by inserting a special chapter on the Federal Constitution.

One of the questions that stormed into my mind was whether secondary school students, especially those in Form Four and Five who have less than three years to reach the eligible voting age, should be adequately and intellectually fed with the necessary knowledge that could turn them into not just be a smart voter but a concerned young Malaysian?

Like we currently feel, our political landscape is now different. After the 14th general election, some of the elected politicians are no longer the same individuals that we used to know.

What I'm trying to say is that in politics, nothing is stagnant and substantial and relevant "political feeds" are truly needed in moulding our future first-time voters who will be deciding the future of the country.

I believe that with the rapid changes in domestic politics that now seem to have draggy episodes of dramas, there will be many question marks in every conversation we will have with our soon-to-vote youths.

"What is the gutter politics?"; "Why are the 'noisy politicians' fighting in Parliament?"; "Why must national laws be amended only with majority support of the members of Parliament."; "Why can't we have our own prime-ministerial candidates instead of political parties deciding on their own?"

With these questions, how can they be satisfactorily pleased with answers that can substantially educate their minds to become matured voters?

Will the planned insertion of the special chapter on the Federal Constitution and any other fresh adds-on make them cognisant young voters who will also be eligible to stand as a candidate?

Realising 'Undi 18" in the real world isn't just about passing the amendment of the federal constitution. It also means that youths' maturity must be closely re-focused by the government to ensure every new voter including the ones in rural areas have equal "educational care" in building them to be wise and intellectual voters.

Unlike their sisters, brothers, cousins and even parents who have been voters for decades but have no idea what's actually happening in politics.