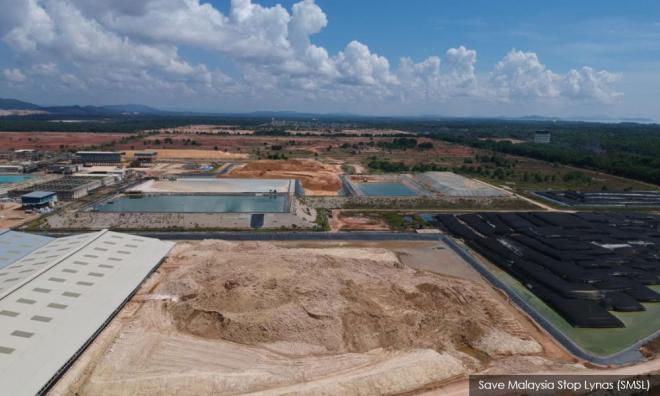 Lynas does not consider the environment and health of Malaysians

LETTER | As an ex-project processing officer in Mida, I have evaluated the viability of many large-scale projects. It is clear to me that Lynas has conned Malaysia into establishing its processing plant at the Gebeng Industrial area in 2011 during the regime of Najib.

It is now public knowledge that the government of Najib was a very weak and corrupt one. It is my conclusion that Lynas exploited such a government for its corporate profit and commercial gain without consideration of the environment and public health of the people of Malaysia.

Lynas applied to the then BN Government for construction approval with only a preliminary environmental impact assessment (PEIA), with no clarity as to how its huge amount of waste would be ultimately disposed of, or stored safely to prevent contamination and exposure to the public, even though its waste is contaminated with radioactive materials and other toxic substances. In other words the waste management plan submitted was incomplete and inadequate.

The RWMP has some details of Lynas' waste management, but is still missing key information such as the composition of Lynas’ lanthanide concentrate and the leachate characteristics of the radioactive waste from the water-leached purification stream (WLP).

It reveals that the plant waste storage facility is only temporary, pending commercialization of its non-radioactive scheduled waste and dilution of WLP waste.

It has no clarity on the location and exact design of a permanent disposal facility (PDF) for the WLP waste, against IAEA’s recommendation and guidelines.

It could not have passed the Mida project viability assessment for the government to issue a manufacturing/operating license for commercial production.

Time has now revealed that the cost of Lynas’ waste treatment has not been factored into its operations because Lynas has conveniently passed it onto Malaysia. By so doing, it was able to boast about its financial viability, and even reporting profits.

Worldwide, advanced industrialized countries have imposed higher environmental standards, and diligently enforce their environmental laws. No decent government would want to absorb the cost of hazardous mid-stream rare earth processing, to have to tackle a massive amount of radioactive waste and pollution problems, when companies are unwilling to invest in expensive pollution control and radioactive waste management to a safe standard.

Hence, worldwide, practically all rare earth plants are closing or closed down because it is not viable given the very high cost of handling the radioactive waste.

Yet the BN government went ahead to issue a temporary operating license (TOL) to Lynas. It is basically like allowing people to live and defecate in a newly built house (with a Certificate of Fitness issued) without any toilet and sewage system.

To get its TOL, Lynas made two undertakings to remove its waste, if necessary, in 2012.

Western Australia had made it clear earlier, in April 2011, that it would not accept Lynas’ waste because it is considered radioactive waste, and Australia has a policy against importing waste from another country.

The TOL stipulated that Lynas must identify a location for its PDF (permanent disposal facilities) within ten months from whence the TOL was issued or remove the waste from Malaysia.

Seven years have passed. Lynas has merely stacked up its wastes higher and higher by its plant in a flood prone, low-lying peat swamp.

The fact that Lynas was given the green light to operate, even though it has breached its license conditions and have not even adhered to its own RWMP commitment to commercialize the scheduled waste and deal with the WLP waste safely, lends credence to my assertion that Lynas has exploited a weak and corrupt Government to pursue its corporate gain, and has so far gotten away with it.

The Pakatan Government has essentially inherited another mess from a dirty project from the previous regime.

Money lost can be earned back through sheer hard work. But radiation contamination of our land and hazards to our health are very costly to tackle; some impacts are irreversible.

Lynas has the potential to wreck our health and life due to its radioactive waste, which is contaminated also with toxic heavy metals and chemicals.

Lynas claimed that it would recycle and reuse the waste, but it is still in the R&D stage. Just ask Lynas: name a rare earth plant that has successfully diluted and dispersed its toxic waste. Which country has approved it?

Is Lynas turning Malaysia into its cost-saving laboratory, while it trials and experiments on our people, our cash crops, our land and water, to recycle and reuse its radioactive waste? Dilution and spreading out radioactive waste will expose more people and more places to its hazards.

Do we have confidence in the AELB? Has AELB managed the Bukit Merah rare earth toxic legacy to our satisfaction? Has AELB monitored how the Kledang Hill waste dump is doing?

Victims of Asian Rare Earth (ARE) hazards have never been acknowledged by the Government or AELB. They have suffered in silence and many have died young; some were not even born although conceived. There were numerous cases of cancer and severe birth defects; most of them have died since.

Affected families have had to fend for themselves with no support or compensation from the government. The tragedy of Bukit Merah was well captured in a book: Wasted Lives: Radioactive Poisoning in Bukit Merah; published by the Consumers Association of Penang (CAP).

I encourage Malaysians to read the book to understand the time bomb of Lynas that is ticking in our hands.

Lynas has claimed that its WLP is not as toxic, but it has already generated over 40 times more radioactive waste as compared with ARE in Bukit Merah.

Thorium in the WLP waste has a long half-life of 14 billion years. It is a certified carcinogen. Its long-live low-level radioactivity is a source of ionizing radiation which is a cancer hazard.

In the Bukit Merah case, Mitsubishi Chemicals, the major shareholder of ARE, spent USD100 million to entomb the radioactive waste. Lynas will not have the financial means like Mitsubishi to clean up its wastes to entomb it somewhere dry.

The Minister for Environment has decreed that Lynas must ship out the waste, as promised by Lynas in writing.

We must ensure that Lynas ships out the waste. Otherwise you and I, fellow Malaysians, will end up living and dealing with Lynas radioactive toxic waste. Do you want to pass this legacy to your children and their children (ponder the half-life of the radioactive waste)?

If we fail them, then we have no right to complain when they piss at our graves for such a toxic and deadly legacy.