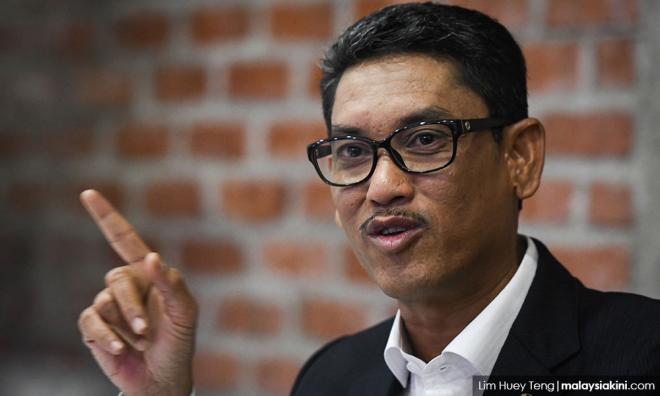 Azumu would not be Perak MB without Orang Asli votes

LETTER | It is gravely concerning to hear when Perak Mentri Besar Ahmad Faizal Azumu (photo, above) said the term tanah adat (customary land) was not recognised in the state constitution and would be alarming if all races started to make such claims.

What is Orang Asli’s tanah adat? Does everyone have a right to tanah adat, as claimed by the Perak Mentri Besar?

For an Orang Asli to claim their rights to their tanah adat – according to the international standards and the common law in Malaysia – they have to show that they are members of an aboriginal society within the meaning of Aboriginal Peoples Act; there is continuous occupation of the land for generations; they are descendants of those who had resided on the land since “early times”; there is a traditional connection with the land that had been maintained from generations to generations.

On Sept 30 2015, the judge in Ipoh High Court, following important precedent-setting land rights cases in Selangor and Sarawak, ruled that the Orang Asli Semai of Kampung Senta in Bidor, Perak have the rights to their tanah adat (customary lands) under common law.

As a counter-suit, the Semais of Kampung Senta were fighting against the Perak state government and a private company.

Details of the case can be found here.

The grounds of judgement of the Kampung Senta case can be found here.

So, why can’t the Orang Asli, especially in Perak, claim that they have the rights to their tanah adat?

Clearly, as a statesman, Azumu shows zero knowledge on the development of recognition of Orang Asli’s right to their native customary lands by supreme courts in Malaysia.

Also, as an elected statesman for a “New Malaysia”, instead of showing integrity and respect for the rights of the Orang Asli, he continues to employ race-based political statements to warn about other races claiming tanah adat like the Orang Asli.

So, where is the “rule of law” that the new government has felt so strongly about?

Arrogance and ignorance – a dangerous combination for a state with so much diversity in terms of demography and natural environment.

The Mentri Besar is definitely leaving a bad name for Pakatan Harapan and the country for disrespecting the rights of the indigenous people as enshrined by the United Nations Declaration on the Rights of Indigenous Peoples (UNDRIP) – an international declaration agreed by Malaysia along with other countries at the UN in 2007.

Let us be reminded that the Mentri Besar had a narrow majority of 39 votes for the Chenderiang seat during the last election. Without the Orang Asli, Azumu would have failed to be the Mentri Besar of Perak.