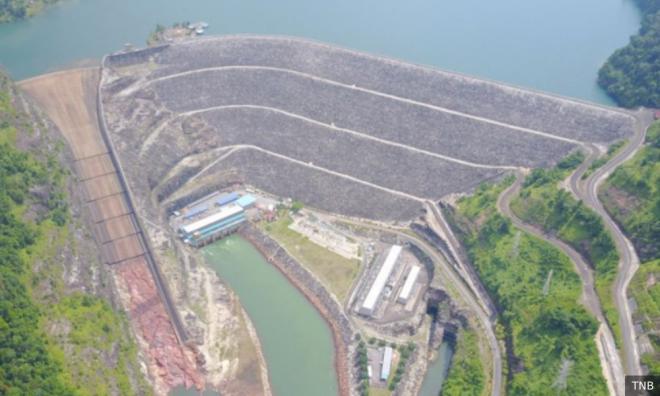 LETTER | Minister of Water, Land and Natural Resources Dr Xavier Jayakumar’s proposal to tap into Malaysia’s groundwater supply to meet growing water demand is baffling, considering there are many other cheaper and less destructive means of meeting our country’s water needs.

The minister’s report of forests in Kedah catching fire due to drought is precisely what environmentalists and concerned citizens have been warning the authorities about for years – protect water catchment areas, gazette the Ulu Muda Forest Complex, and end deforestation or we will face a water crisis.

A fully-grown tree releases 1,000 litres of water vapour a day into the atmosphere. Thus logging leads to higher temperatures and a decline in rainfall due to the reduced ability of a cleared or decimated forest to absorb solar energy and release water vapour.

The 2016 drought affecting the northern states of Peninsular Malaysia is directly linked to logging activities in the Ulu Muda forest complex. It affected climate and water cycle patterns, resulting in a massive decline in dam water levels and a postponement of the paddy planting season.

Now that a water crisis is imminent, the minister has made the alarming proposal to drain other sources of water, rather than manage the resource that best ensures a sustainable and consistent supply of water – our tropical rainforests, which act as vital water catchment zones.

It is essential that we protect our remaining forests and maintain the health of our rivers, wetlands and water catchment areas to ensure water resources are safe and can be sustained for future generations.

Tapping into our groundwater supply while failing to protect water catchment areas, manage water demand, and end non-revenue water loss, is like withdrawing funds from an already overdrawn bank account.

The sustained pumping of groundwater can lead to groundwater depletion and deterioration of water quality.

When groundwater is continually pumped out, it can result in land subsidence, namely, soil collapse and sinking. This can result in disasters such as the opening up of sinkholes and surface cavities in New Orleans after Hurricane Katrina, the tilting and cracking of buildings in Mexico City, and severe flooding in Bangkok.

Studies show that land subsidence can continue for decades even after groundwater pumping has been stopped, as was observed in Arizona.

Xavier (photo, above) should instead seriously consider water conservation measures while options are still available to us before our supply drops to crisis levels.

We can learn from California, which faced a drought and water crisis in 2015. In April 2015, California Governor Jerry Brown ordered a 25% reduction in urban water use. Amazingly, within one month of the water reduction law, California's water usage went down by 29%.

In a world where clean water is becoming increasingly scarce, it is important that we adopt the best and most cost-effective water conservation practices from around the world such as those implemented by California.

The solution for Malaysia’s water problems lies not in tapping into underground water reserves, the construction of an infinite number of dams, or in water rationing for domestic users, but in protecting vital watershed areas, repairing and maintaining existing water supply infrastructure, and to promote and enforce more efficient water use.

Surely the minister’s priority should be to replace leaky and damaged water infrastructure and end water theft, rather than to extract water from an ever-increasing number of natural sources?

As for the argument that watershed conservation, water-saving measures, and the replacement of old pipes and water supply systems to plug non-revenue water loss will burden the rakyat, constructing yet more dams and groundwater extraction infrastructure will cost taxpayers even more.

If given the choice between paying for a temporary solution to water shortage issues (dams and groundwater wells) and a more durable solution to protect water security (protection of watersheds, replacement of unsafe and leaking pipes, tiered pricing system to penalise only wastage and heavy usage), I believe most taxpayers and consumers would choose to spend their money on the latter.

A responsible government is one that makes decisions to protect the safety, health, food and water security, and environmental and ecological integrity for generations to come, regardless of who holds political power then.