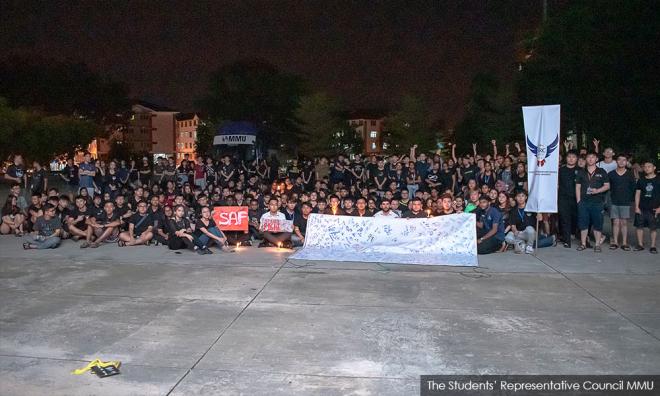 The day students stayed united and exercised their right

LETTER | On July 23, the Students’ Representative Council of Multimedia University (MMU) had organised a series of peaceful demonstrations at their Melaka campus in order to garner the power of students to express their opposition towards the increment of the Student Activity Fee (SAF) enforced by MMU.

Prior to the demonstration, the elected students' body had organised public speaking events on campus and launched a “No SAF Increment” online petition which collected more than 11,500 responses from students in MMU. The enormous response was unprecedented and showed the high level of attention from the students towards the implementation of the policy in a university.

Pouria Zibaei, the president of the students' council and his team then held a peaceful demonstration on July 23. The elected students' body had explained to the students the rationale of the demonstration which was to exercise their right to assembly and freedom of expression to oppose administration policies.

The council had also received massive support from students' organisations of UM, UTM and UUM. It signified the unity and collaboration of all students in Malaysia when there is an outbreak of an issue involving students.

There were three demonstrations conducted by the students' council within 24 hours to deliver a clear message to the management, which was “No SAF increment”, and all these activities were done in a peaceful manner. The council indeed did a wonderful job to lead and mobilise the students in the demonstration which resulted in thousands of students turning up for the protest.

On July 29, a week after the demonstration, MMU announced that its management had acted professionally in being collaborative and listening to the voices of students after the series of demonstrations and negotiations in order to resolve the issue. Clearly, the voices of the students were heard.

As a student of Multimedia University, I am proud to have an elected students' body which voices out the students' opinions steadfastly and encourages all students to exercise our rights to express our disagreement with the university’s policies.

This successful student movement is significant in Malaysia as it will inspire all university students to be critical towards administration and policy. The MMU students’ representative council has also set a benchmark for other students' organisation in either public or private universities in Malaysia to represent the voice of students and signify youth empowerment.

It’s time for university students and youth to change their mindsets and be aware of their rights and their future.

“The youth of a nation are the trustees of posterity.” Benjamin Disraeli

The writer is the immediate past vice-president of the MMU Students' Representative Council.