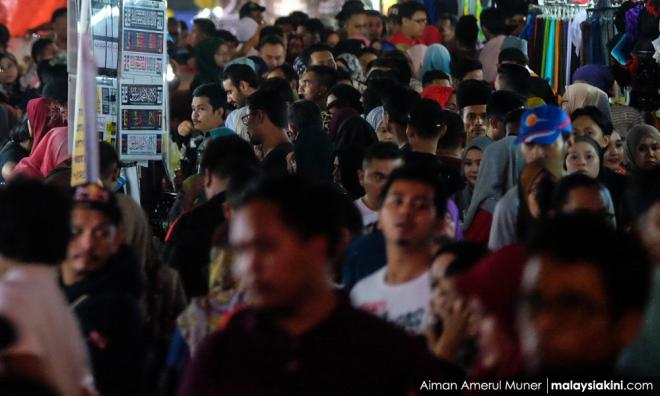 Time to make the switch to a needs-based policy

LETTER | Gabungan Bertindak Malaysia (GBM) welcomes the pledge of PKR president Anwar Ibrahim to accelerate the transition from race-based affirmative action economic plans to one that is needs-based when he becomes the prime minister.

The New Economic Policy was launched in 1971 with the twin objectives of eradicating poverty irrespective of ethnicity, and restructuring society to eliminate the identification of race with economic functions.

Despite the noble intentions and the relative success of the NEP, it is perceived to have deviated from its original mission.

The NEP became a justification for cronyism in order for the ruling party to consolidate its political support.

This has resulted not only in the abuse of the nation's resources, but importantly manifested in ethnic polarisation and institutional racism.

Due to ignorance and misrepresentation, Article 153 of the Federal Constitution has come to symbolise 'Malay special rights' instead of the original special position of the Malays and natives of Sabah and Sarawak with respect to the reservation of quotas "deemed reasonable" for their socioeconomic development.

The NEP has been successful in the emergence of a sizeable professional and managerial class in the Malay community.

In fact, the income disparity ratio between bumiputera and Chinese has narrowed by 2014 to 1:1.38, according to the 2016 Khazanah Research Institute report.

However, overall household income inequality in Malaysia is a cause for concern. The income share of the B40 is 16.4 percent compared to 46.2 percent of the Top 20 percent households.

Almost 12 million Malaysians are trapped in the inter-generational cycle of poverty and inequality.

Poor and low-income households, from all ethnic groups, lack the capability to overcome the multi-dimensional disadvantages they face on a daily basis.

Hence it is crucial to switch to a needs-based affirmative action in order to ensure that all Malaysians from B40 households be given appropriate assistance to improve their livelihood.

Needs-based affirmative policies would subsequently help narrow not only the inter-ethnic income disparity, but also the growing intra-ethnic disparity within the Bumiputra community.

A needs-based policy paradigm is critical for engendering national unity. It would signal to all Malaysians the need for inclusiveness, empathy and solidarity for fellow citizens who are disadvantaged due to their socioeconomic origins.

In this regard, GBM reiterates its call made in 2014, for the establishment of an independent Social Inclusion Commission mandated to have oversight on all matters related to poverty reduction, income inequality, marginalisation and social inclusiveness.