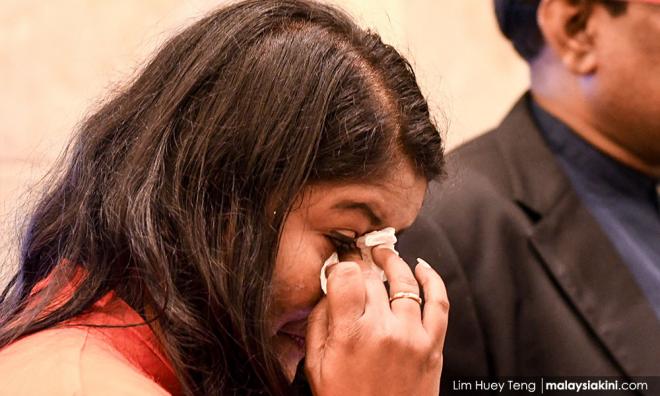 LETTER | The Association for Community and dialogue (Acid) is concerned about the proposed amendment to Selangor state laws that will remove the requirement for both parents to consent to convert a minor to Islam and reduce this to either that of the father or mother.

If this proposed amendment goes through, it will be an assault to the wellbeing of families. One wonders why such amendments are given prominence in the current precarious political context. There is already much turmoil emerging from the sex video scandal and khat calligraphy lessons for students.

When understanding the larger context of how this issue emerged, it is obvious there is vested interest or a "deep state" that is trying to break up the Pakatan Harapan government knowing well there are frictions on various issues related to Malay rights and Islam.

This is how it could be played out in the context of a power struggle within Harapan factions and the opposition who want to seize every opportunity to come back to power.

It has been on public record that the Federal Court has declared that the unilateral conversion of minors is unconstitutional. In any civilised society, such constitutional judgements that are beyond partisan politics would be respected and new laws would be formulated in line with the judgement to ensure compliance with the federal constitution.

This is done for the common good of the nation. In this country, though, there seems to be an effort to define the constitution in an exclusive manner through the prism of religious ideology.

If America today which is predominantly Christian decides on unilateral conversions of Muslim children in America through marriage, will ethnoreligious leaders and politicians in this country accept it? It is obvious that some politicians lack the courage to give their own religion a fair perception of justice by playing up ethnoreligious emotions and putting all the necessary conditions to tear up the fabric of the nation.

Furthermore, the desire for the unilateral conversion of minors is not merely about the legality or technicalities of conversion. It is also about the wellbeing of families that are broken up due to broken marriages with dire consequences for the wellbeing of the children. One wonders how religion could be used as a tool to break up families.

Therefore, the Association for Community and Dialogue humbly appeals to the Selangor menteri besar to withdraw the proposed amendments to Selangor state laws on the unilateral conversion of minors.

The ancient maxim of "Do unto others what you want them to do unto you" should be the guiding principle in resolving this issue. For the unilateral religious conversion of minors is an assault to families.

The writer is secretary, Association for Community and Dialogue.