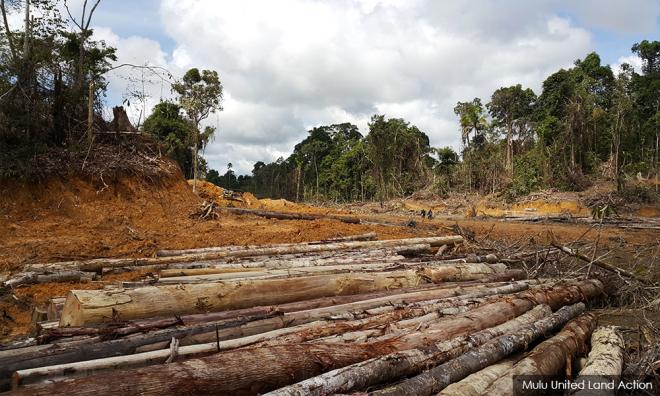 LETTER | In conjunction with the International Day of the World’s Indigenous Peoples, Sahabat Alam Malaysia (SAM) wishes to repeat our request to the federal government to conduct ground visits in order to understand in detail how monoculture plantations in Sarawak have caused deforestation and the violations of the native customary rights (NCR).

We first put this request forward during the launching of our publication, The Land We Lost – Native customary rights and monoculture plantations in Sarawak, on July 21.

This publication stresses on how we must understand the context of large monoculture plantations in Sarawak accurately. First, they involve deforestation. Second, they are a post-logging development, a result of the depletion in timber resources, caused by indiscriminate logging conducted for more than two decades.

Third, they involve NCR violations. Fourth, the excessive size of the plantations does matter, along with the manner and context in which the projects are developed, typically by corporations. As such, we continue to be supportive of any effort to protect the interests of smallholders all over the country.

Fifth, the Licence for Planted Forests (LPF) under the jurisdiction of the Sarawak Forests Department, of which 285,520 hectares are under oil palm cultivation, in principle, is the permit for the cultivation of pulp and paper and timber trees. In 2017, the size of LPF areas stood at 2.8 million hectares, larger than the size of oil palm cultivation in Sarawak, which according to the data from the Malaysian Palm Oil Board (MPOB), stood at 1.5 million hectares.

However, the response from the federal government to this publication appears to be limited to the argument that the Malaysian Sustainable Palm Oil (MSPO) also recognises the NCR. In actual fact, chapter three of the publication has already noted this effort.

Nevertheless, it questions how this principle can be put into effect in Sarawak when the state government has a very narrow interpretation on NCR, typically determines NCR territories in a unilateral fashion and when the issuance of most plantation licences in the state has already been done.

In fact, even the MPOB form for smallholders in Sarawak contains the disclaimer which states that the purpose of the form is solely to verify oil palm cultivation areas, and not for verifying NCR ownership. Although it may note the NCR status, its verification it seems is still dependent on the state authorities.

Therefore, what is the fate of indigenous oil palm smallholders in Sarawak whose NCR land, although still safe for now, is situated within the licensed areas of corporate plantations? This is only one of the numerous problems affecting NCR territories in Sarawak.

Justice in the management of natural resources is the foundation for environmental and human rights protection. There can never be sustainability without justice. The injustice in the manner corporate oil palm plantations has been developed in Sarawak since the 1990s is precisely the reason for which the industry is criticised.

This injustice may also affect smallholders. This injustice also involves pulp and paper and timber tree plantations, a fact which has sadly been given far lesser attention. Prior to the 1990s, logging and dam construction in Sarawak have long been associated with the same injustice.

Clearly, the core problem here is the systemic injustice in the policies and laws in Sarawak, which have failed to ensure the sustainable management of forests and NCR land tenure security. Further, they also involve other governance failures as well.

First is the failure to fully recognise the NCR, including those on forested areas, in accordance with customary laws and judicial decisions. Second, the absence of the free, prior and informed consent (FPIC) process. Third, the control exerted over indigenous village leadership and consultation spaces. Fourth, a non-transparent governance system.

Fifth, the prohibition against mapping activities without state authorisation. Sixth, the environmental impact assessment (EIA) process which does not incorporate mandatory public participation. Seventh, the policy which permits deforestation in the development of pulp and paper, timber tree and oil palm plantations, including on Forest Reserves and Protected Forests.

We are pleased that the federal government has undertaken several corrective actions in its effort to fulfil "Promise 38" of its electoral manifesto – to advance the interests of indigenous peoples in Peninsular Malaysia. We hope that "Promise 48" of the manifesto, which is to return and guarantee the right of customary land of the people of Sabah and Sarawak, will not be neglected.

For the indigenous peoples of Malaysia, we would like to wish you "Happy International Day of the World’s Indigenous Peoples!"