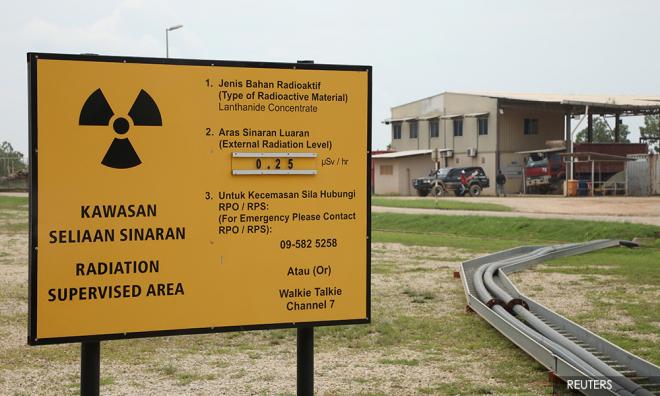 LETTER | Sahabat Alam Malaysia (SAM) is extremely concerned by news reports that the government has decided to allow Lynas to continue operating its plant for at least another six months. This is despite the fact that the company has not safely disposed of its hazardous radioactive wastes, either by exporting them or by already placing them in a suitable permanent disposal facility.

The present licence given by the previous government to Lynas Malaysia to operate in the country is expiring on Sept 2, 2019. Therefore, before that date, the present government has to decide whether to renew the licence, or to let it end, or to renew it for a certain period with conditions.

Lynas Malaysia’s operation generates two types of waste: the Water Leach Purification (WLP) process which contains radioactive wastes including thorium and uranium and the neutralisation underflow residue (NUF) which is also hazardous as it contains heavy metals. Both of these wastes are subject to regulations under Malaysia’s laws.

The present arrangement for the Lynas operation includes the condition that the company has to deal with the problem of the wastes that it generates. These conditions included the following:

Regarding the first option, although there were research and experiments by Lynas since 2015 for recycling its WLP and NUF wastes into a soil conditioner called Condisoil for the planting paddy, oil palm, corn, coconut etc. there has been no definite approved plan for this

In our view, such recycling should not be approved. If such recycling is allowed to take place, it could have very adverse effects not only on human health but also on Malaysia’s economy. It is likely that foreign consumers would reject using the country’s agricultural products in which radioactive material has been used as fertiliser. This would include causing new problems for Malaysian palm oil which already faces marketing problems in Europe. It is also possible that local consumers who are afraid of the risks of consuming food products containing radioactive material could switch to buying imported products. This is on top of the actual risk of health hazards faced by Malaysians who consume such products.

Therefore, we strongly oppose this option of the recycling of the wastes for use as a soil conditioner.

On the second option of the permanent disposal facility (PDF), there has not yet been any disposal of the waste in a PDF although many years have passed since the Lynas plant started operating. A definite site for the PDF for the WLP has not yet been selected.

The previous and present governments should explain why the company was allowed to continue operating all these years when the company had not put in place a PDF. Instead, the accumulated WLP waste had been stored within the vicinity of the plant, which is not safe.

Having not secured a permanent site until now, Lynas appears to be searching for places to be the venue for the PDF. Suggestions have been made that the wastes be dumped in disused mines. We strongly oppose such a move.

These wastes cannot be regarded as naturally-occurring radioactive material or Norm but as technologically-enhanced NORM (Tenorm) as the naturally radioactive material has not been left in the ground in its natural form but has been made dangerous by technological processes which involve removal from the ground and concentrated by mechanical and chemical processes. Claims that the radioactive elements such as uranium and thorium in the WLP can be diluted and made less radioactive do not hold water and are unfounded.

Uranium and thorium and their daughters have very long half-lives of millions and billions of years, thus managing this waste which will remain radioactive for an incredibly long time is no easy task.

In addition, there is no such thing as a safe level of radiation, as any dose has an effect, as stated by the reports of the US National Academy of Sciences Biological Effects of Ionising Radiation (Bier), with the latest being the seventh report. Just because governments set what is known as "permissible levels" of exposure, this does not mean that these levels are safe, as they are economic and other considerations which are taken into account in setting "permissible levels" even when there are risks to public health and the environment.

If any potential site is chosen, it is our view that many conditions would have to be met for the waste to be "safely" stored. In fact, there is no method by which radioactive waste can be "safely" stored. Even with the best state of the art, and a fortified site dump facility is built, there is no guarantee that the site can safely store the waste for years, decades or centuries.

Experience with the Asia Rare Earth (ARE) plant in Bukit Merah, Ipoh shows that addressing the clean-up of the temporary site, building and maintaining the permanent site, can be expensive. is also expensive, not including the maintenance of the waste disposal site. According to new reports Mitsubishi Chemicals of Japan, ARE’s majority owner, spent US$100 million just to clean up the site of the ARE plant.

In the Lynas case, the cost of building and maintaining the permanent site should be borne by the company. Is Lynas prepared to finance, build and maintain the PDF over the long-term, given the long-term radioactive hazard of its wastes?

It has been reported that Lynas has agreed to shift some of the rare earth operations to Australia so that material shipped to Malaysia in future will no longer contain radioactive material. However, the details of such a plan have not been given. Many questions arise in this regard:

Until details are given, we are unable to assess the future situation. In any case, it is intolerable that Lynas will be allowed to generate even more wastes in the meanwhile.

According to news reports, the government has decided to allow Lynas to continue its operations for another six months.

During these six months, can the company find a permanent disposal site that is “safe” and suitable? Can it get the approval of the federal and state governments and the agreement of the residents in the area in which the site is located? Can the Environmental Impact Assessment and the Radiological Impact Assessment that is mandated be done and approved by then? Can Lynas build the facility and transfer the large amount of accumulated waste during that period?

These are questions the public would like answered. There are reasonable doubts that all the processes can be undertaken in six months.

In the event that the PDF cannot be put in place within the six months, what does the government intend to do? It should not be that more and more extensions of time are given to Lynas, which up to now is already being given special treatment, such as a 12-year tax exemption.

Given this whole situation, we ask for the following:

We wish to reiterate that Malaysia must not be treated as a dumping ground for hazardous wastes and that the government must put the long-term interests of public health and the environment ahead of the interests of foreign companies whose operations generate toxic wastes.