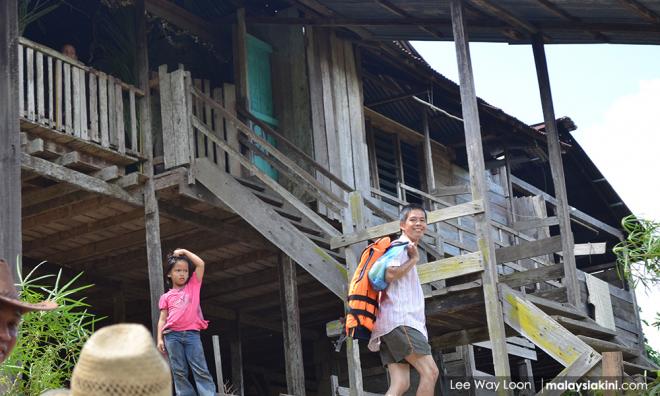 LETTER | The recent statement by Daim Zainuddin says Malaysia should change the New Economic Policy (NEP), adopted in 1971 which is based on race, with a new one based on needs. Earlier, Datuk Seri Anwar Ibrahim had also mooted the same idea of changing the policy to one based on needs. In fact, all Malaysians welcome this change as the old policy had failed the country badly, resulting in cronyism, corruption and abject poverty in many parts of the country.

As indicated by both Anwar and Daim, the Orang Asli in peninsula Malaysia are still the poorest groups in the country, followed by the natives in both Sabah and Sarawak. Surely this large number of people, with such low incomes and opportunities opened to them, will reflect on the failure of the NEP as it was supposed to elevate the poor and marginalized peoples to be on par with the rest of the population.

For the last fifty years, the NEP has proved to be a complete failure as far as the native peoples in the country are concerned, as they have not progressed as envisaged and in many cases have even been left further behind in terms of education, health care and income levels.

It is therefore timely for a change of our policy to assist the groups who are most in need of assistance, especially the natives and those in need of health care and other assistance.

Sarawak’s natives once were the largest owners of land, but are today the ones who are most in need of assistance as they have lost much of their lands, isolated from major population centres through lack of connecting roads, deprived of most medical benefits through distances to medical centres, and generally poorly educated as schools are remote and lack basic amenities, as well as resources.

Another group of people who are in need of assistance are those with medical problems ranging from mental to physical handicaps, and the old, aged people. These people have not much means to seek assistance on their own and in most cases are a burden to those taking care of them. The almost 24-hours watch over them makes it almost impossible for their caregivers to be able to successfully compete with others for better jobs, pay and privileges, which leave them at the mercy of their bosses and financial sponsors.

Malaysians are a loving people as proven through our history and we should work to preserve our heritage of taking care of those most in need. Regardless of race, religion or culture, all of us came to the world through divine intervention and who are we to cast aside these people who have been put into our care.

It is timely we look at all people as people, regardless of who they are; it is more important to take care of those who are most in need of our assistance.

We always talk about unity, we have to prove this: Agong
13 Aug 2019
Daim has finally said it - now please do it!
7 Aug 2019
The need for needs-based affirmative action
6 Aug 2019
Daim backs needs-based approach to curb abuses of past Bumi policies
5 Aug 2019