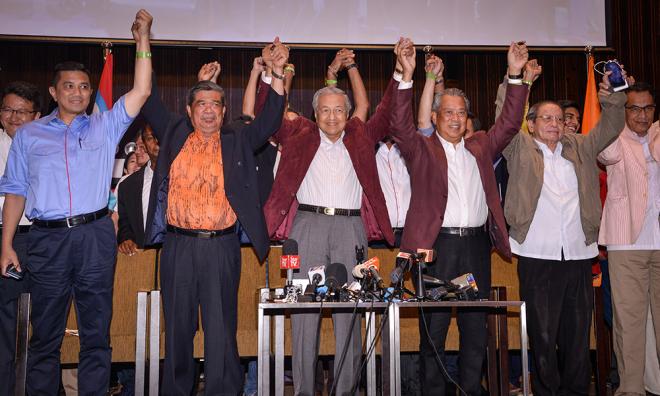 The worrying nature of 'Malaysia Baru’

LETTER | The promise of a new, reformed Malaysia seemed to be the main allure of Pakatan Harapan during GE14, enabling such an unprecedented outcome. Capitalising on the heated populist rhetoric against BN, Harapan was the pushback - the solution that would address the frustrations of the people.

They espoused a hope for equality, unity, and transparency - aspects that the previous government struggled with in recent history. Yet, there are worrying trends that threaten its actualisation.

In May this year, Prime Minister Dr Mahathir Mohamad launched a new vision on the first anniversary of the Harapan government. "Shared Prosperity 2030", he called it. Aimed at ensuring fair, sustainable, and inclusive economic growth, it is the Harapan government’s attempt at fostering “unity among the people, celebrating cultural diversity, and creating decent living standards for all Malaysians.”

At first glance, this plan is a noble attempt at making "Malaysia Baru" a reality. Significant emphasis was placed on the needs of the B40, attempting to curb income inequality as stated in their electoral promises. The fact that the wheels are being put into motion should be a cause for celebration. However, as we venture further, we need to look closer at exactly where those wheels are actually taking us today.

The inherent multicultural nature of Malaysian society necessitates national unity and social cohesion among the races for prosperity. It makes sense that those in power would want to work towards it. Yet, previous plans were tainted by the continuation of ethnocentric agendas.

Starting a plan is always easier than attaining its goals. There is some scepticism towards the government on this matter. What would set Harapan’s plan apart from the others that have "failed" in history, like "1Malaysia"? How can they ensure that things will be different this time?

Many viewed Harapan as a hero to save us - the damsel in distress - from the clutches of evil that was continued race-based politics. But as time passes, that trust and hope start to erode. The approval rating of the Harapan government fell from 79 percent to 39 percent in just a year at the helm  The promises of "Malaysia Baru" seem to dim every minute.

The concept of equity appears to be inextricably linked to race and religion in Malaysia. Despite advertising itself as a relatively liberal alternative, Harapan still finds itself back at the heels of traditional race-based politics.

In the aftermath surrounding the implementation of khat calligraphy in the national primary school curriculum, Mahathir labelled Dong Zong, a Chinese educationist group opposing the new bill as "racist". To see our prime minister pass judgment so quickly using such a remark is disappointing. This is reminiscent of the utterances of the previous government, falling back into the lap of traditional race-based politics when arduous times arrive.

Whether Harapan likes it or not, the concerns raised by Dong Zong are legitimate, stemming from a considerable part of the population. As in any healthy democracy, such conflicts in policy need and should be addressed in an appropriate manner to reach a consensus through progressive discourse.

Mahathir's accusation fosters an "us versus them" mentality between the racial groups involved, pushing the idea that the main reason behind such conflicts stems from a seemingly inherent hatred based on race alone. A remnant of race-based politics, no doubt.

By disregarding their plight through this blanket statement, the government is essentially disenfranchising minority communities, signalling the government’s unwillingness to listen to their pleas. Not only does this hinder efforts for negotiation between the stakeholders involved, but it further normalises racial and religious antagonism in this issue.

Essentially, proponents of this education bill are given a carte blanche to bring race into the debate. It seems like they have been greenlighted to politicise the issue further through such divisions. The end result? Worsening race relations and a more unstable political climate.

Worse yet, the system in which our political structure is set up perpetuates a situation in which such practices are tragically hard to change. Without a two-thirds majority in Parliament, Harapan still needs to cooperate with other parties to pass certain federal laws and mandates.

Umno and PAS have continued to play the racial trump card, stirring up controversies by echoing racial sentiments. Their announced pact, whose goal is solely to gain footholds among the conservative Malay population by harping on racial rhetoric, diminishes the hope of attaining "Malaysia Baru".

Even if Harapan was truly geared towards breaking down the wall of "Ketuanan Melayu" and establishing a truly equal society, a glass ceiling persists, formed by mindsets that promote inherent societal divisions based on communalism and ingrained in many through continued exposure to identity politics.

These mindsets probably explain why some conservative Malays see the Harapan government as a threat to their bumiputera interests, or why some Chinese and Indian groups see the introduction of khat lessons as a negative act of "Islamisation".

These approaches are unconducive to the discussion of national policies and can spur further tensions between ethnic groups, threatening the already fragile equilibrium. We’ve seen what a fragmented nation can do to our society in 1969, and we certainly don’t want a repeat of that. There needs to be a greater understanding of the various groups’ interests and agendas through more effective communication.

The direction in which our country is headed is unsettling. The idealistic vision of "Malaysia Baru" is slowly receding from our reach despite the efforts of strong-willed Malaysians in our government seeking a more equal society.

If Harapan wishes to solidify its position ahead of GE15, significant changes must be made by them to live up to their electoral promises. If not, Harapan will go down in history as a one-term government, with efforts to bolster equality wasted.