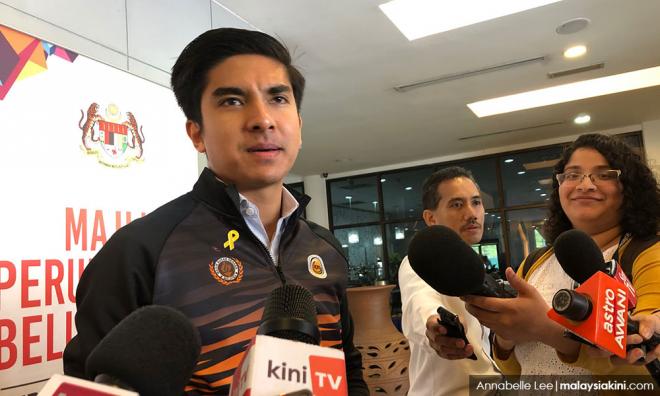 Linguistic blasphemy by the young minister

LETTER | Recently one of our (let’s say), rather amateur politicians, threw around what we consider colloquial language, not the kind that is familiar to Malaysians as our local lingo, not coffee-shop terminology, but a phrase that one only uses when one lacks social awareness, lacks the political sensitivity (that would most likely exist when one is an experienced politician).

It is in fact a phrase that - not so many years ago - would be unheard of coming from a minister of youth and sports. It is a phrase entirely unbecoming of a person who is (supposedly) a pillar of the Malaysian youth.

It is frankly, linguistic blasphemy and worthy of scorn anywhere else (but not Malaysia it seems).

Churchill (not quite an icon by his own measure) did once say, “Politics is not a game, but serious business”.

It’s about time politicians stop this desecration of people or members of the public that are not compliant with their ideas of politics or to their idea of what is right and wrong.

Freedom of expression is a human right (enshrined under Article 10 of the Federal Constitution of Malaysia).

What has happened here is that some parents wished to express their frustration and air their grievances via (which this politician thinks is dissatisfactory).

However, why does this politician then - who is perhaps - only half the age of the parents’ that are protesting - have the sheer audacity to name-call? Is this what politics has come to?

If one were to compare our previous youth and sports minister and the current one, there is a world of difference, a great disparity between the two.

This is simply stating the fact. As a Malaysian, with Merdeka around the corner, I think that this dose of reality is truly devastating.

The phrase “rule of law” was a motto last year, maybe it is time to have some regard for that.

Let our politicians (at least in respect for our nation’s Independence Day) not fall prey to Groucho Marx’s words, “Politics is the art of looking for trouble, finding it everywhere, diagnosing it incorrectly and applying the wrong remedies”.

education
syed saddiq syed abdul rahman
khat
Related Reports
Minister labels groups 'bodoh sombong' for threatening school boycott
a year ago
Young man trapped in the past, Zaid schools Syed Saddiq
a year ago
Maszlee urges NGOs to be rational and not emotional over khat issue
a year ago
Syed Saddiq courts flak over Zakir Naik 'U-turn'
a year ago