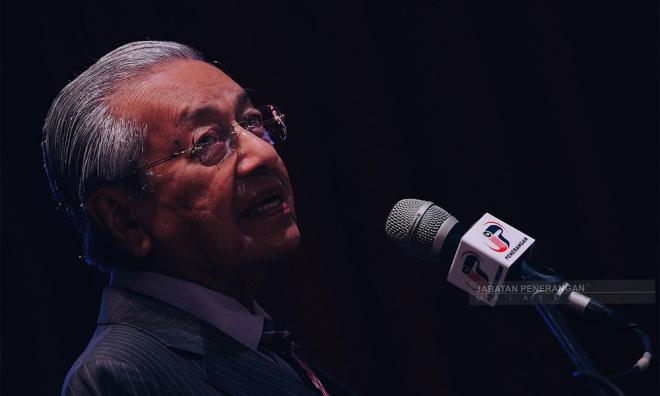 LETTER | During the polio epidemic of the 1950s, ingenious engineers created the iron lungs and saved many lives, while skillful surgeons crafted nifty operations and salvaged countless paralysed limbs.

Those advancements, though impressive, were what physician Lewis Thomas referred to as "halfway technology". True technology came when Salk and Sabin produced their vaccines. Halfway technology is not only expensive but also does not address the basic problems.

Likewise with leadership; there is the true version and then there are the many halfway varieties. Halfway leadership too does not solve problems; in fact, it compounds them. It is also expensive both in terms of the direct damages inflicted as well as in the lost opportunities.

Malaysia was blessed with a few true leaders during her first half. Tengku Abdul Rahman inspired the multiracial population, hitherto (and still is) suspicious of each other, on a single pursuit – the country’s independence – and successfully negotiated for it. Thus the nation was spared its war of independence and Malaysians today are unabashed admirers of their former colonisers.

Economist Ungku Aziz leveraged the powerful religious aspiration of the Haj to make Malays save. In the process he ushered them into the modern economy, making Tabung Haji one of the region’s biggest financial institutions. Chief justice Suffian Hashim elevated the country’s judiciary to be the envy of the region.

During Malaysia’s second half, Dr Mahathir Mohamad’s leadership dominated, from 1981 until he retired in 2003. Then in May 2018, at 92, he toppled the ruling coalition that he once led. Its leader, Najib Abdul Razak, was Mahathir’s protégé and chosen successor. The irony!

A visitor today would be impressed on landing at Kuala Lumpur’s gleaming international airport. The smooth, undulating freeways into the city, beautifully landscaped, make you feel as if you are still in the First World. The glut of five-star hotels adds to that aura.

Impressive though those may be, they are but halfway developments, showy artifacts of modernity. They cannot hide the stark realities that often intrude, like hideous acne through thick makeup. Malaysian schools and universities for example, are an embarrassment. Education minister Mahathir initiated the decline in the late 1970s. Later as prime minister, he greased the slide.

Mahathir was also instrumental in the state’s massive involvement in Islamic affairs. Today the religious bureaucracy exceeds the Papal one in budget, personnel, and most pernicious of all, power. While the Pope could only influence Catholics, Malaysian state-employed ulama controls the Malays, in activities as well as in thoughts.

This huge and sinister thing that Mahathir created is now striking back. Witness the current raging and unnecessary controversies over a radical, Indian-Muslim dropout physician-turned-preacher, and the introduction khat (Arabic calligraphy) in schools. Both do not contribute to the economy. On the contrary, they come in the way of improving it.

This huge beast sucks up precious resources that could have been used to tackle pressing social problems, like rampant drug abuse, uncontrolled HIV infections, and the epidemic of abandoned babies. Those appalling social pathologies disproportionately inflict the Malays. In their pursuit of Heaven, those religious types believe in first making Muslims endure hell on earth.

As for Tabung Haji, it had to be bailed out recently. For the judiciary, a high-profile attorney was once caught on videotape aggressively lobbying on the phone the then chief justice.

Under Mahathir, corruption - a necessary lubricant for a creaky bureaucracy - was rationalised. That attitude, and the culture it nurtured produced today’s unbridled venality, with former prime minister Najib and a dozen of his ministers and aides now facing criminal charges of corruption. Mahathir, of course, absolved himself of any responsibility.

Mahathir was and still is a halfway leader. He is ensnared by what the young Nigerian writer Chimamanda Adichie termed “the trap of a single story.” Mahathir’s self-fabricated sole narrative remains unchanged.

Nor could Mahathir overcome that subtle and crippling Malay cultural trap of terhutang budi (debt of gratitude). His earlier support for Najib had nothing to do with the latter’s talent (Najib had none) but an expression of that old sentiment. In early 1970s Najib’s father, then prime minister Razak, resurrected Mahathir’s crumbling political prospects.

At 94, Mahathir has not much time. He ignores his most crucial assignment – to ensure a peaceful and predictable transition of power. He is back to his trademark destructive trait – fomenting unnecessary confusion and divisive uncertainty, especially with respect to his possible successor.

In his book, Robert Kuok, A Memoir, the author quoted Deng Xiaoping at their only meeting. “Mr Kuok, they all say I am the one that is bringing this huge and rapid development in China. They are wrong. When I opened the door for China, they were all pushing me from behind. They are still pushing me.”

A variation on Lao Tzu’s theme – when a true leader’s work is done, the people would say, “We did it ourselves!”

What Deng did not reveal, as evident from Ezra Vogel’s biography of the man, was that there were many who opposed to Deng’s opening of China. His wisdom was in not listening to or heeding them. That’s true leadership, discerning and then encouraging the wise instincts in their followers while ignoring those less blessed.

Mahathir panders to and exploits the raw emotions and base instincts of the Malays. His championing of Islam is not to emancipate the Malays, as the Prophet did for the Bedouins of the seventh century, but as a political tool, and a very dangerous one. Likewise, with Malay special privileges; Malays are fed the illusion of success and reflected glory with the opulence of their sultans and Umno elite, their rent-seeking spoils sold as “entrepreneurial success.”

Mahathir "Version 2" is no enhancement. He is still obsessed with iron lungs and weakened limbs. He does not see the need for a vaccine, much less work on one. Today’s slew of Umno leaders indicted for corruption is only one malignant manifestation of Mahathir’s halfway leadership. His once much-hyped "Vision 2020" is just that – hype. Not a word from him now. It was never a vision, only a slogan.

Mahathir’s last hurrah was in ejecting Najib and his BN coalition. Malaysians are grateful for that. That gratitude however, is not without bounds, and Mahathir is determined to breach that, thus betraying the trust Malaysians gave him in the last election. He is back to his old spiteful self, provoking controversies and then blaming others for stirring them up.

Mahathir wants to burden Malaysia with another Najib-caliber successor in Azmin Ali. Time to stop, Mahathir. Besides, if he could not achieve his goals when he led the nation for 23 years and when he was much younger, there is little hope for him now that he is nearing 95. Time to disabuse the man of his messiah delusion.

Mahathir should exit gracefully. Entice him with whatever it would take. Award him whatever title he craves and shower him with all the luxuries he desires. A lifetime corporate jet privilege and rent-free penthouse suite at his favorite Petronas Towers would be much cheaper than the damage he is inflicting and continues to inflict on Malaysia. If those do not work, not-so-gently remind him of the sorry fate that awaits the many Third World leaders who overstayed.

Malaysia deserves a true leader as she enters her 63rd year of Merdeka.

The writer is a Malaysian-born and Canadian-trained surgeon in private practice in Silicon Valley. He blogs here.

governance
politics
dr mahathir mohamad
Related Reports
Yoursay: ‘Dr M is what he is because we allowed him to do so’
29 Aug 2019
Court dismisses Mahathir's appeal over forex losses suit
28 Aug 2019
Managing racial sensitivities most difficult part of being PM - Dr M
28 Aug 2019
Dr M advises M'sians to be 'clean and respected' investors abroad
27 Aug 2019