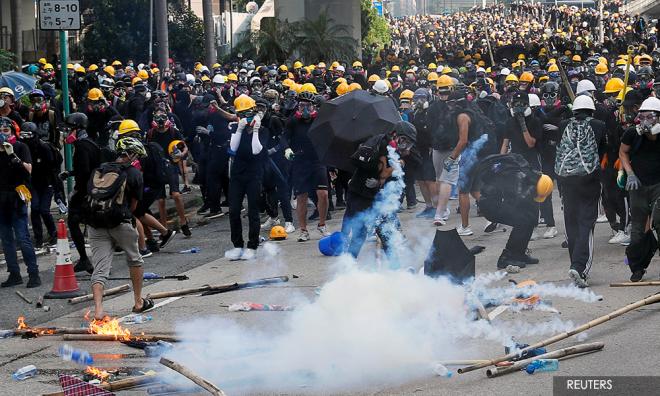 LETTER | The Coalition for Clean and Fair Election (Bersih 2.0) expresses grave concerns on the widespread of police violence and deterioration of civic space in Hong Kong following the arrest of 10 social movement and opposition leaders in Hong Kong and the ban of the planned rally on Aug 31.

In view of the timing of these arbitrary arrests, they were clearly politically motivated to strike fear in the Hong Kong people and to undermine public participation in the planned rally, at the expense of the personal liberty of the arrested activists and opposition politicians.

Joshua Wong (photo) and Agnes Chow, both aged 23, were released on bail on Aug 30 itself but faced charges unrelated to the march on Aug 31.

They were charged with unlawfully organising a public meeting outside police headquarters on June 21.

Bersih 2.0 further urges the Hong Kong government to respond immediately to the five demands of the millions that have gone to the street for weeks instead of clamping down on them with tear gas, rubber bullets, water cannons and mass arrests.

The five demands include the complete withdrawal of the proposed extradition bill, the withdrawal of the use of the word “riot” in relation to protests, unconditional release of arrested protesters and charges against them dropped, an independent inquiry into police behaviour and the implementation of genuine universal suffrage.

True democracy is of the people, for the people and by the people. The Hong Kong government should pay heed to the calls of its people and start to initiate an open, transparent and democratic political process to deal with their demands. It is better late than never.

The above is issued by the Bersih 2.0 steering committee.