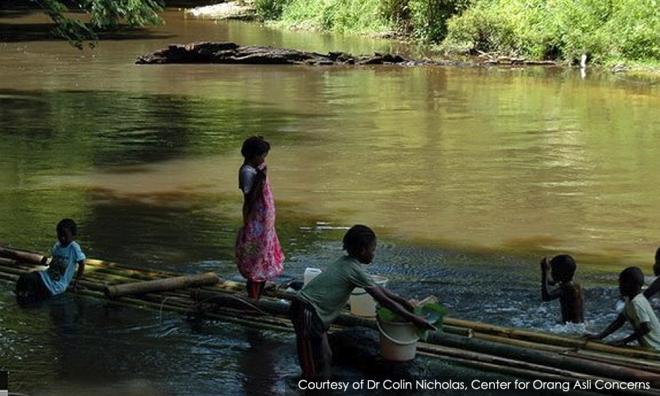 LETTER | We are a group of doctors who served the Jabatan Hal Ehwal Orang Asli (JHEOA), stationed at Hospital JHEO, at Batu 6 Jalan Gombak in the late Seventies.

A major part of our work, duties and responsibilities involved operating the flying doctors service where we would travel into the interior by helicopter, Land Rovers, and even by boat in some places. Of course, once inside the deep jungles of “Malaya” we would travel by foot.

During our few years there, we covered the villages of the Semai, Temiar, Temuan, Mahmeri, Negrito, and Bateq tribes or ethnic groups, including Kampung Koh.

The policy of JHEOA, then, was clear: to help the aboriginal people in every way, and that included providing good health care and sanitation. It was a fulfilling, satisfying and even adventurous time for all of us in the medical and dental team, and paramedical team and staff, who were mainly the Orang Asli themselves.

We have also become friends of the Orang Asli peoples, and understand their issues and plights over the years serving there. Hence, we are deeply concerned about the fate of the Bateq tribe and others in the region. Environmentalists and anthropologists will tell us that these people need space, and the jungle is their home.

For the uninformed, bamboo is central to their culture, tradition and lives. With bamboo, they make their homes, their weapons, i.e blowpipes, their rafts, their cooking pots and utensils and even their musical instruments.

Traditionally, their trade and source of income was the seemingly endless supply of bamboo then. Some Orang Asli were involved with tin ore.

Many of us are hearing of manganese mining near their area for the first time. There has been disasters in other nations, e.g., Taiwan with regards to manganese, where many of the workers develop 'Parkinsonism'.

Major commercial enterprises, especially indiscriminate logging, has always been the enemy of the Orang Asli's environment and habitat. We hope the government will put an immediate freeze on all activities and do a proper study to save and protect these beloved original people of our nation.

If we can protect the tigers, pangolins and other important dying species, including birds, what more precious human lives in the interior jungles of Malaysia. We must safeguard and protect our helpless and perishing Orang Asli tribes.

Kudos to environmental groups and the medical teams for speaking the truth and standing up for this people.

Malaysia has a good record in dealing with the indigenous people, far better than some other countries. Let not these issues like that of the Penan and Bateq tribes tarnish our image.

We are confident that the present new government will look after the Orang Asli, and give “Hope” to them and generations to come.

They need every form of help, and every privilege from the government and all Malaysians - from basic food and nutrition, clean water sources, good education and health care, so that the next generation can help themselves.

As former doctors who served the Orang Asli faithfully, we appeal for immediate urgent action from all the relevant authorities.

“Save the Orang Asli; save our fellow Malaysians”

The above is also signed by: