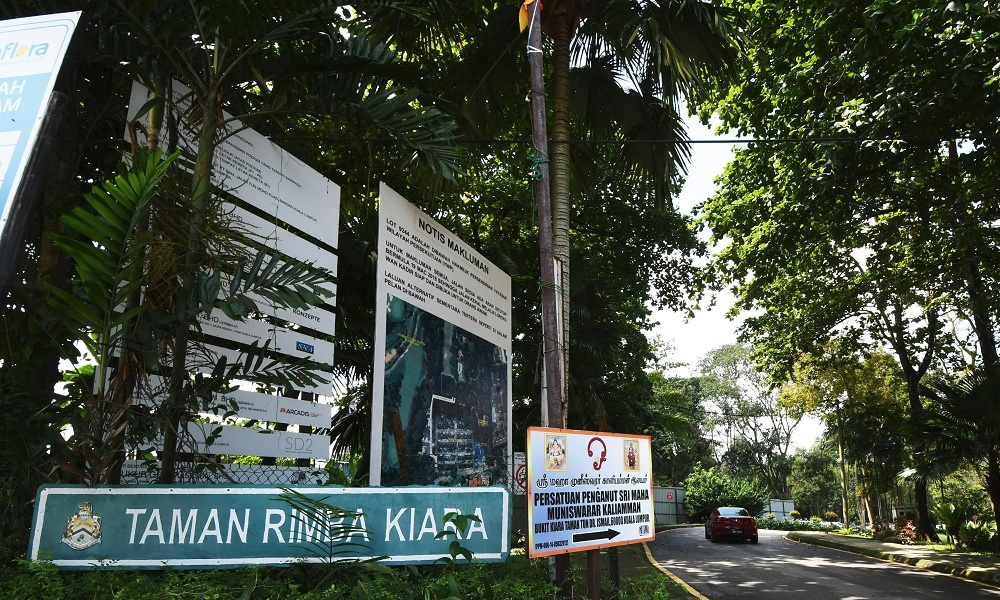 The Taman Tugu Project is a not-for-profit corporate social responsibility initiative led by Khazanah Nasional Bhd (Khazanah) with the support of public sector agencies, private sector and civil society organisations. It conserves a 66-acre prime land green-lung in the heart of the city and is open to the public for free.

The initial proposal was for a profit-oriented tourist attraction theme-park while other developers were pursuing it for commercial development. After various community engagements, Khazanah decided to convert the site into a public park and transfer it into Amanah Warisan Negara to be managed and protected into perpetuity as a public green space.

Reviews in Tripadvisor.com include comments such as: “Awesome recreation spot”, “Excellent public green forest park” and “A gem in the city”.

This is a place that can be enjoyed by all and not by developers with an excessive and intense desire for profit.

What about Taman Rimba Kiara?

The advertorial showed the total land size is reduced from 12 to 8 acres and the apartment blocks reduced by 50 percent. In creating a harmonious development in the communities they operate, the developer will contribute four acres to the community. The longhouse settlers' rights remain protected besides a larger land size allocated for the existing temple.

However, a photo of the scaled-down version shows the land area and the number of units for Federal Territory Affordable Homes project are reduced and the land size for the temple remained the same but the land for the serviced apartment reduced by only 20 percent.

The funny thing about this controversial project is that Federal Territories Minister Khalid Abdul Samad (photo), since March 2019, wanted the dispute to be decided by the cabinet.

But there is an ongoing appeal against a High Court decision in November 2018 that says DBKL’s DO was proper and valid. The Court of Appeal’s hearing on Sept 10 was postponed to November. Whatever the decision, the case may escalate to the Federal Court.

The federal territories minister said Taman Tun Dr Ismail residents are staying in beautiful houses but what about the fate of the longhouse settlers?

I think the minister forgot a few facts. TTDI residents do not want all the 25 acres and had compromised that development can take place at the present longhouse site.

Volunteer architects had planned for townhouses, costing around RM25 million, to be built on the existing longhouse land. If DBKL can spend a lot more for the Bangsar-Damansara elevated highway to cater for a massive high-end project by Malton, why can’t they do the same here to fulfil a 37-year promise to the longhouse settlers?

I hope everyone will take the cue from Khazanah on community engagements and protect ‘tamans’ into perpetuity and wish DBKL will start planting our national tree, the Merbau at Taman Rimba Kiara.

“Once destroyed, nature’s beauty cannot be repurchased at any price” - Ansel Adams.